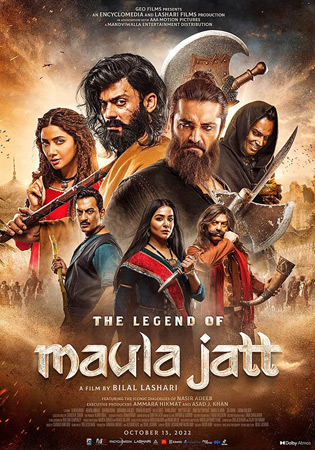 Bilal Lashari’s the Legend of Maula Jatt not only amused audiences nationally but has gained a whole lot of appreciation from all across the globe.

After achieving a benchmark of earning more than Rs 150 crore worldwide, the film has now became the highest grossing film from the Indian sub-continent of the last four months in the UK and Ireland.

As per Moviegoers Entertainment, TLoMJ earned £44, 149 in the fifth week of its release in the UK, taking the total earning to almost £1.3 million, surpassing that of India’s blockbuster release Ponniyan Selvan: I that earned £1.26 million.

Like other films, Lashari’s directorial film did notice a drop in the viewership but the drop wasn’t that noticeable. From the day of its release till now, TLoMJ’s viewership dropped to only 54.6 percent which is less as compared to its other competitors.