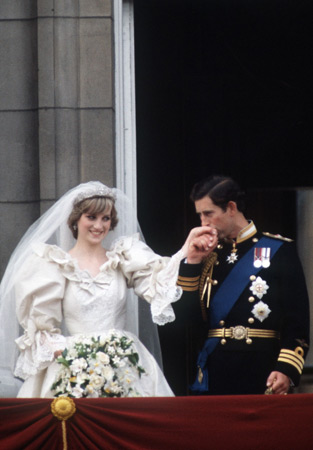 The Crown has been steadily chugging along, telling the story of Queen Elizabeth II’s highs and lows as wife, mother, daughter, sister and, above all else, monarch, most events ripped from reality and the blanks intuitively filled in by the Netflix series’ writers.

But it was really all just leading up to season five, which covers the chapter of the royal family’s story where the genteel action went spectacularly off the rails.

Though as fascinating as it was when Prime Minister John Major pushed back against the queen’s request for a yacht renovation on the government’s dime, of course we’re talking about the collapse of Prince Charles and Princess Diana’s marriage. Which, as seen on The Crown’s fourth season, was on shaky footing before they ever said their I-dos in 1981.

Still, after tying the knot in front of 3,500 people at St. Paul’s Cathedral, plus another 750 million tuning in on TV, the couple settled in for the presumed long haul. They travelled the world, became parents to Prince William and Prince Harry, and carried out the duties expected of the Prince and Princess of Wales.

“I’ve got what my mother’s got,” Diana explained in the interview tapes she made for biographer Andrew Morton in 1991. “However bloody you’re feeling you can put on the most amazing show of happiness.”