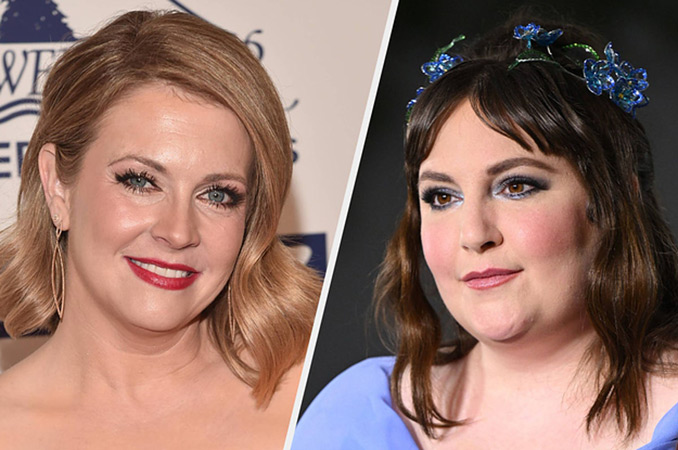 Melissa Joan Hart is explaining it all. After rumours circulated that she “has it out” for Lena Dunham, the actress took to Instagram to set the
record straight.

“So I don’t normally pay any attention to the tabloid rumour mill but numerous friends have asked me about my ‘rivalry’ with @lenadunham and I’m truly confused,” she wrote on Nov. 11. “We have no ‘beef’, and as far as I remember we haven’t even had the pleasure of meeting let alone having enough of a relationship to warrant any time to discuss drag queens.”

The Sabrina the Teenage Witch alum went to say she was fan of the Girls star’s work and “all that she does to support females in our industry.” She said she even hopes to “share a latte” with her someday.

Along with her message, Hart, 46, posted screenshots of a blind gossip item that claimed that she has a long-standing feud with Dunham, 36.

“Can confirm that MJH has it out for Lena Dunham,” one blind item read. “They’ve been frenemies for a long time. The dinner party fight about child drag queens was just one piece of the puzzle.”

In her post, Hart wrote, “Don’t let them get you with flashy links as they pretend to give you hot gossip that doesn’t exist,” she continued. “Please be careful not to get caught up in the hateful rhetoric of these sites that promote division and spew crap to make a profit.” E! News has reach out to Dunham’s reps but have not yet received a comment.