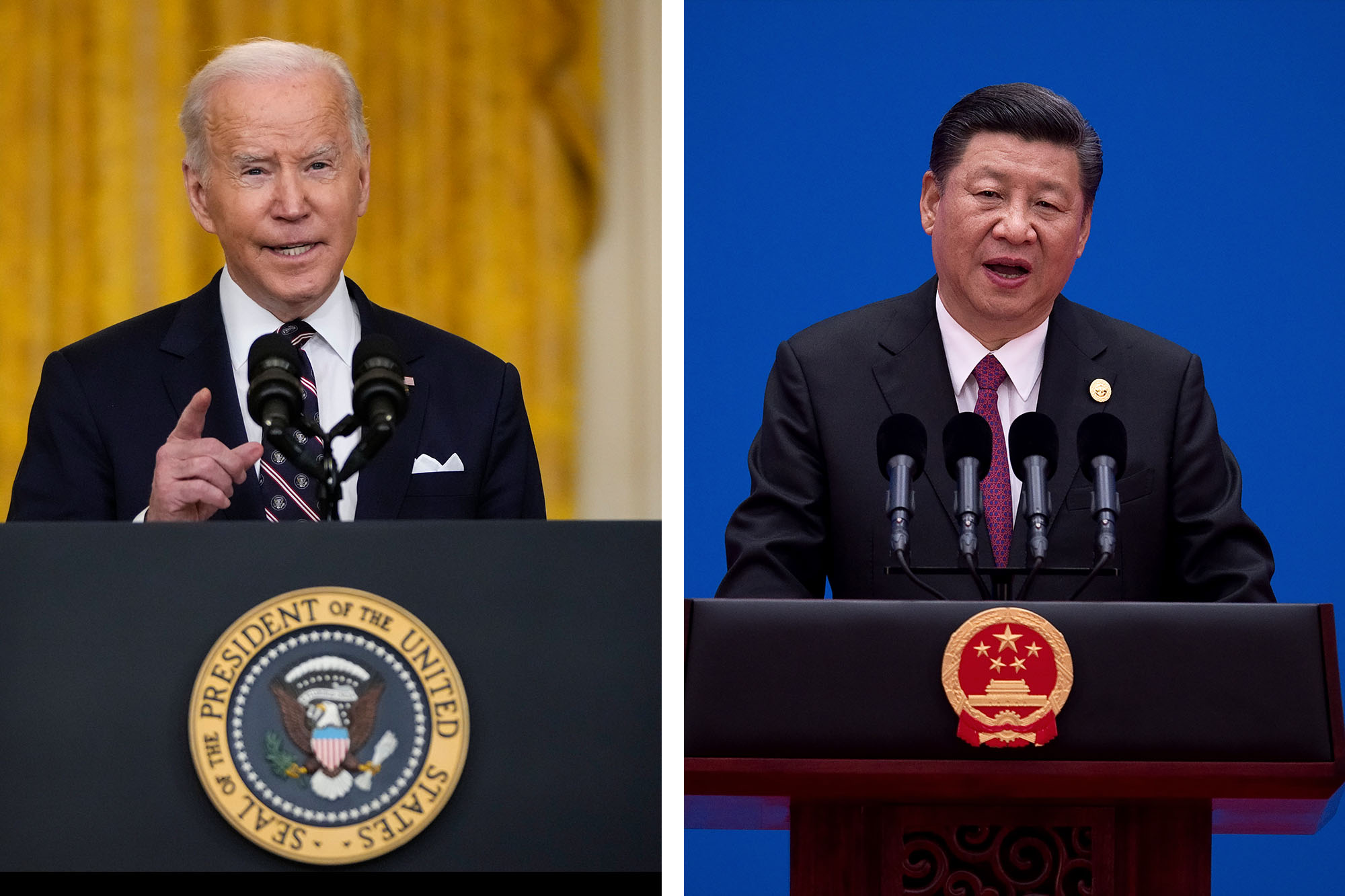 Biden emerged from the meeting declaring that there is no need for a new Cold War, as both leaders expressed a desire to keep high tensions from escalating into conflict.

According to a Chinese account of the meeting, Xi told Biden that the two countries “share more, not less, common interests,” sounding more conciliatory than the previous three pandemic-filled years without face-to-face presidential meetings would suggest.

“The world expects China and the United States to maintain their relationship properly,” Xi said.Xi reportedly stated that Beijing does not seek to challenge the US or “change the existing international order.”

That common cause is likely to give Putin pause as he considers how to turn the tide of a war that could determine the survival of his regime.

But this was no kumbaya summit between Biden and Xi. The two leaders had a notable disagreement about Taiwan’s future.

According to a Chinese foreign ministry statement, Xi told Biden that Taiwan is the “first red line that must not be crossed in China-US relations.”

A senior State Department official, speaking on the condition of anonymity, told AFP that the two countries were working together “to schedule a visit tentatively scheduled for early next year.”

Xi last met a US president in person in 2019, with Donald Trump, who, along with Biden, identified China as a top international concern and the only potential challenger to US primacy on the global stage.

Although this was the first time Xi and Biden met as presidents, the two have a long history together.

According to Biden, he spent 67 hours in person with Xi as vice president, including a 2011 trip to China aimed at better understanding China’s then-leader-in-waiting and a 2017 meeting in the final days of Barack Obama’s administration.

Despite his engagement with Xi, Biden has refused to deal directly with Putin, who is conspicuously absent from the Bali summit.

According to an Indonesian health ministry official, the Kremlin cited scheduling issues and instead sent longtime foreign minister Sergei Lavrov, who arrived Sunday evening and underwent two health checks at a Bali hospital.

Lavrov, 72, denied reports that he was being treated in a Bali hospital, telling Tass news agency that he was preparing for the summit in his hotel.

Lavrov’s presence has called a traditional G20 group photo and joint statement into a question, with Russia certain to reject any explicit calls to end its invasion of Ukraine.

A senior US official said Tuesday that the US is pressuring China and other G20 members to do more to help the world’s poorest countries with debt relief.

The issue will be highlighted in the final joint statement when the summit concludes this week on the Indonesian resort island of Bali, according to the official, but there will be no unanimity.

“What you’ll see in the G20 statement is that 19 G20 members came together to say this is a core, first-order issue that we need to take collective action on, and you’ll see that, you know, one country is still blocking progress,” the official said on condition of anonymity.

He refused to name the hold-out country, but it appeared to be China, a massive creditor to poor countries worldwide in a policy that Western countries have condemned as “debt traps” used to tighten Beijing’s grip on the global economy.

At the World Bank and International Monetary Fund meetings in October, the official expressed similar opposition to a joint agreement on debt restructuring.

He stated that the issue “will continue to be a topic of conversation between the United States and China, as well as within the G20.”

“We’re seeing — because of the stresses on the global economy, because of the food and energy security issues that we’re facing, as well as the broader macroeconomic headwinds in the world,” the US official said.

“It is critical to find a way forward to provide relief to those countries so that they can eventually begin growing again and get their citizens and economies out from under the burden.”

Debt relief will also be an issue in broader relations with China, which presidents Joe Biden and Xi Jinping sought to reenergize Monday at a G20 side event.

“I suspect that will be a core topic on which we will continue to engage the PRC (China) in the coming weeks and months,” the official said.

Xi and Biden reassure the world

Presidents Joe Biden and Xi Jinping both attempted to defuse tensions between the US and China during a rare summit, but few analysts expect a significant reduction in tensions.

After three hours of talks in Bali, Biden stated that a new Cold War between the two powers was unnecessary, and Xi stated that China was not challenging the international order.

The White House announced that Secretary of State Antony Blinken would travel to China for the first time in more than four years.

Biden “sent a comforting message, and the Chinese readout was glowing. That in itself demonstrates both sides’ desire to strengthen ties “Yun Sun, director of the China programme at Washington’s Stimson Center, agreed.

Beyond a shared desire to avoid worst-case scenarios and direct clashes, she said the two powers had very different ideas about what a more stable relationship entails, particularly with regard to Taiwan.

“If we expect this summit to miraculously rescue and restore this relationship, I think we need to see more concrete actions,” she said.

The Wilson Center’s Rui Zhong described the Bali summit as “maintenance work,” adding that even Blinken’s visit could end up being more about “treading water” than breaking new ground.

Furthermore, for the first in-person meeting between the two presidents since 2019, each side was keen to minimize tensions.

Biden and Xi were in town for the Group of 20 summits, which was hosted by Indonesia and invited leaders from other Southeast Asian countries, several of which have maritime disputes with China.

According to the White House, Xi agreed with Biden on “opposition to the use or threat of use of nuclear weapons in Ukraine,” a phrase missing from China’s statement.