Courage is grace under pressure 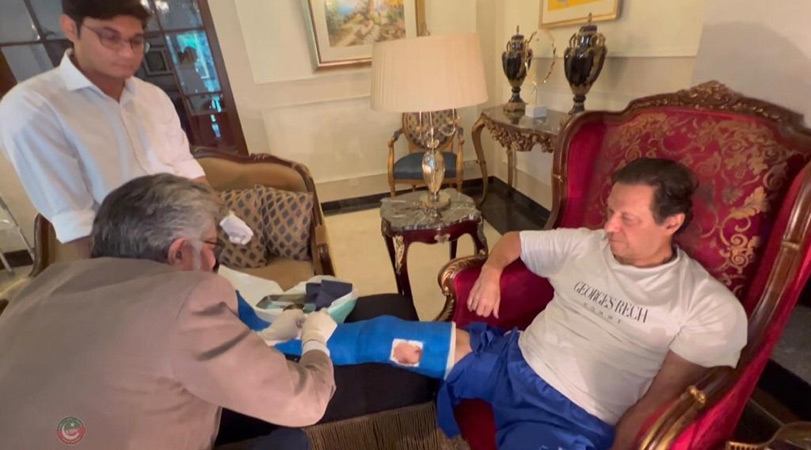 Doctors from the Shaukat Khanum Memorial Hospital conducted a medical examination of PTI Chairman Imran Khan in Lahore at his residence in Zaman Park on Monday.

The footage of his injuries, which has been released for the first time since the incident that took place on November 3, shows the PTI chief has three wounds on his right leg. He also has two wounds on the thigh and one wound near the knee.

After examining the wounds, the doctors applied a new bandage. The doctors will continue his medical examination in the coming days as well. The wounds are deep and have not healed yet. Commenting on the video footage of Imran Khan’s wounds, former minister for information paid tributes to PTI chief Imran Khan over his courage, saying, “Courage is grace under pressure.” 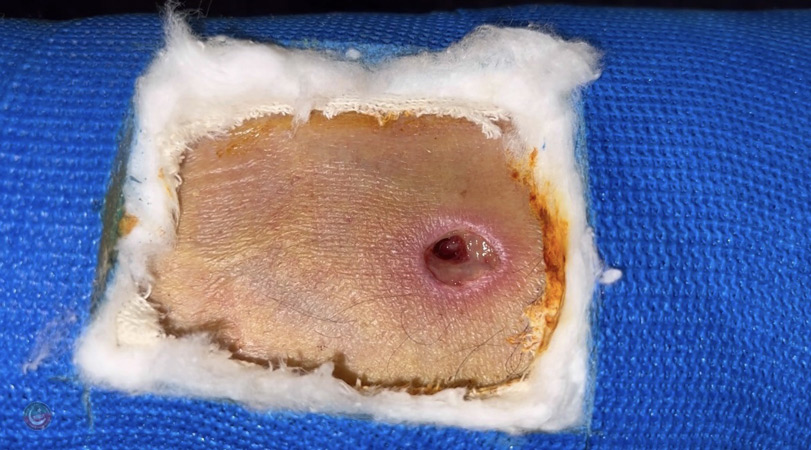 Fawad said Imran Khan barely survived an assassination attempt, but an FIR of the attack was not being registered. “The law is clear. I am nominating the people involved in it. You simply register the complaint,” he said. “I say don’t weaken the Supreme Court so much that people stop looking to it,” Fawad said, adding that decisions could not be taken in closed rooms in Pakistan. “If elections were held timely, the country would be in a better condition.”

Meanwhile, addressing participants of the long march, Imran Khan called out Prime Minister Shehbaz Sharif for consulting PML-N supremo Nawaz Sharif regarding the appointment of the new chief of army staff. “How can the PM consult a fugitive [Nawaz Sharif] on a chief of army staff’s appointment,” he said referring to PM Shehbaz last week’s visit to London. “It is impossible to imagine that a convicted and fugitive person will now take important decisions in Pakistan,” he said. The former premier added that they are only thinking about protecting their wealth, questioning whether they should “be trusted with the important decisions of the country?” He added that PM Shehbaz violated the
Official Secrets Act by consulting Nawaz on the appointment of new COAS.

Imran Khan reiterated that despite being in power in Punjab and being the former prime minister of the country, he could not register the first information report (FIR) of his attack in Wazirabad. He revealed that PTI has approached the Supreme Court, adding that he is “hopeful that the honourable Chief Justice of Pakistan [Umar Ata Bandial] will look into this matter.” 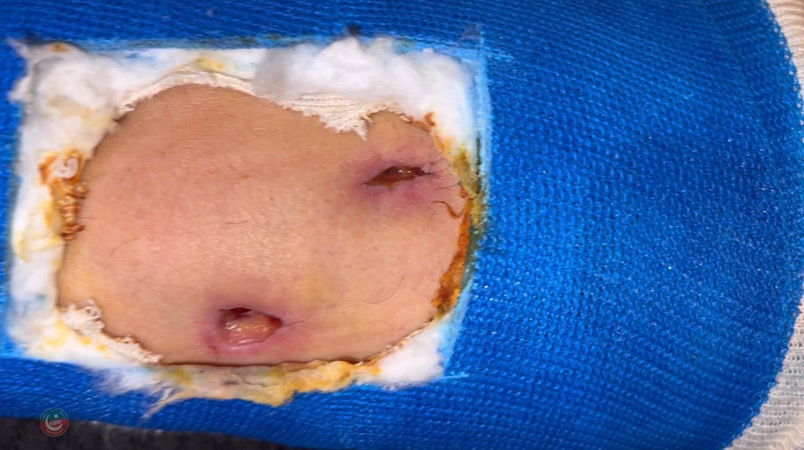 Khan said that he knew who was involved in his murder conspiracy; however, despite my constitutional right, I could not register FIR. “They [Authorities concerned] listened to the powerful fractions and did not register FIR,” he lamented, despite me being a prominent leader. “Now think how they treat the common man?” he questioned. He further added that Senator Azam Swati’s case would also be heard in the Supreme Court, hoping that CJP Bandial will himself hear Swati’s case. In Swati’s case, “I will only trust Supreme Court’s decisions,” he added.

Talking about his stance on diplomatic relations with US, Imran stated that he wanted Pakistan to be on friendly terms with all countries but would not accept slavery at any cost. “We can even be friends with India if the Kashmir issue is solved. But we won’t be slaves of anyone,” the former premier said.

Imran said that he always wanted an independent foreign policy for Pakistan. “The foreign policy we have right now does not protect the people of Pakistan, it instead saves the interest of other countries. “We don’t want enmity with anyone. We want good relations with everyone, but not slavery,” he reiterated.

Imran Khan said that a propaganda cell in Pakistan was “feeding journalists” against him. “They [the journalists] are told to pick and choose things from my interview and then turn those against me,” the former premier claimed, adding that the propaganda cell was trying to misconstrue his words.

Imran went on to say that the propaganda had reached the extent where two journalists had to clarify that their work was being “presented in an incorrect way”.

Speaking of rule of law, the PTI chief said the country could not progress until there was rule of law. “Today if you see the global index… countries where rule of law exists, you will see that all countries on the top slots are the most prosperous. Pakistan, on the other hand, ranks 129 on the rule of law index. How then do we think that this country will prosper? It can’t!”

Rule of law will not only help the country progress but also give the people ‘real freedom’, for which this movement stands, the party chief added referring to the PTI’s long march. “We want rule of law in this country. If an ex-PM can’t get an FIR register as per his claims… It is my right as per the Constitution to file an FIR. But I was unable to register it,” he said as he spoke about the FIR registered in the Wazirabad attack case. He added that “if this how I was treated then what will happen to the common citizen of this country”.