No consultation with Nawaz on new COAS 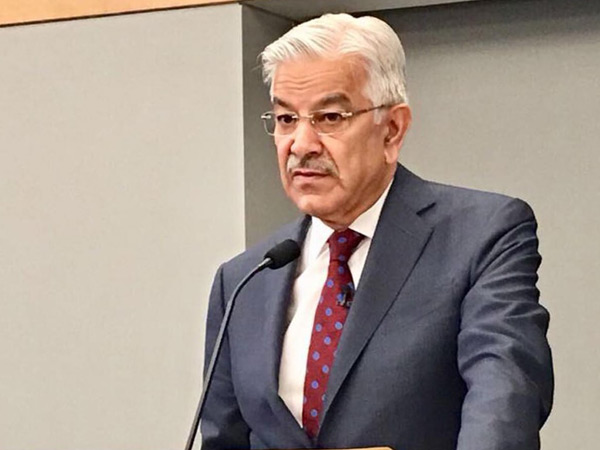 Defence Minister Khawaja Asif Monday maintained that the army chief’s appointment will be done on the prime minister’s discretion. Speaking with journalists outside the National Assembly, the minister said, “The prime minister has discretion regarding the army chief’s appointment; therefore, the prime minister will make a decision on the appointment.” When questioned if a decision on army chief’s appointment has been made, the defence minister responded in the negative. Responding to another question about the role of PML-N supremo Nawaz Sharif in the appointment, Khawaja Asif said that it will be done on the “premier’s discretion” and he will decide. When asked if Nawaz Sharif was not being consulted on the matter, the minister said: “Consultations have not yet taken place on the army chief’s appointment. These are just newspaper reports.” Kh Asif said PTI chief Imran Khan have to pay the political price for his lies and changing narrative regarding foreign conspiracy behind his ouster from power. Speaking on a point of order in the National Assembly, Asif quoting Imran’s interview with Financial Times, said Imran took another U-turn expressing the desire to mend relations with the United States despite accusing it of treating Paksitan as a ‘slave’.

Imran has buried his narrative of Haqiqi Azadi and imported government. He said Imran’s politics revolves around fake narratives and lies which compromised national interests. Khawaja Asif said Imran Khan’s political rhetoric in the past and the recent one regarding cipher are based on local political consumption. Imran’s accusations against the US had embarrassed the entire country. Now he was saying to forget that narrative which already damaged country’s relations abroad. Pakistan Tehreek-Insaf (PTI) should sit home instead of disturbing routine life of the people through its long march. Imran did not stand over his narrative more than a few weeks. He has compromised the honour and dignity of the country.

He wrongly termed the constitutional process of his ouster from power by tabling a confidence motion as foreign conspiracy. He urged the august House to ponder over it as Imran Khan must not go scot-free. He should have to pay the price of his persistent lies.