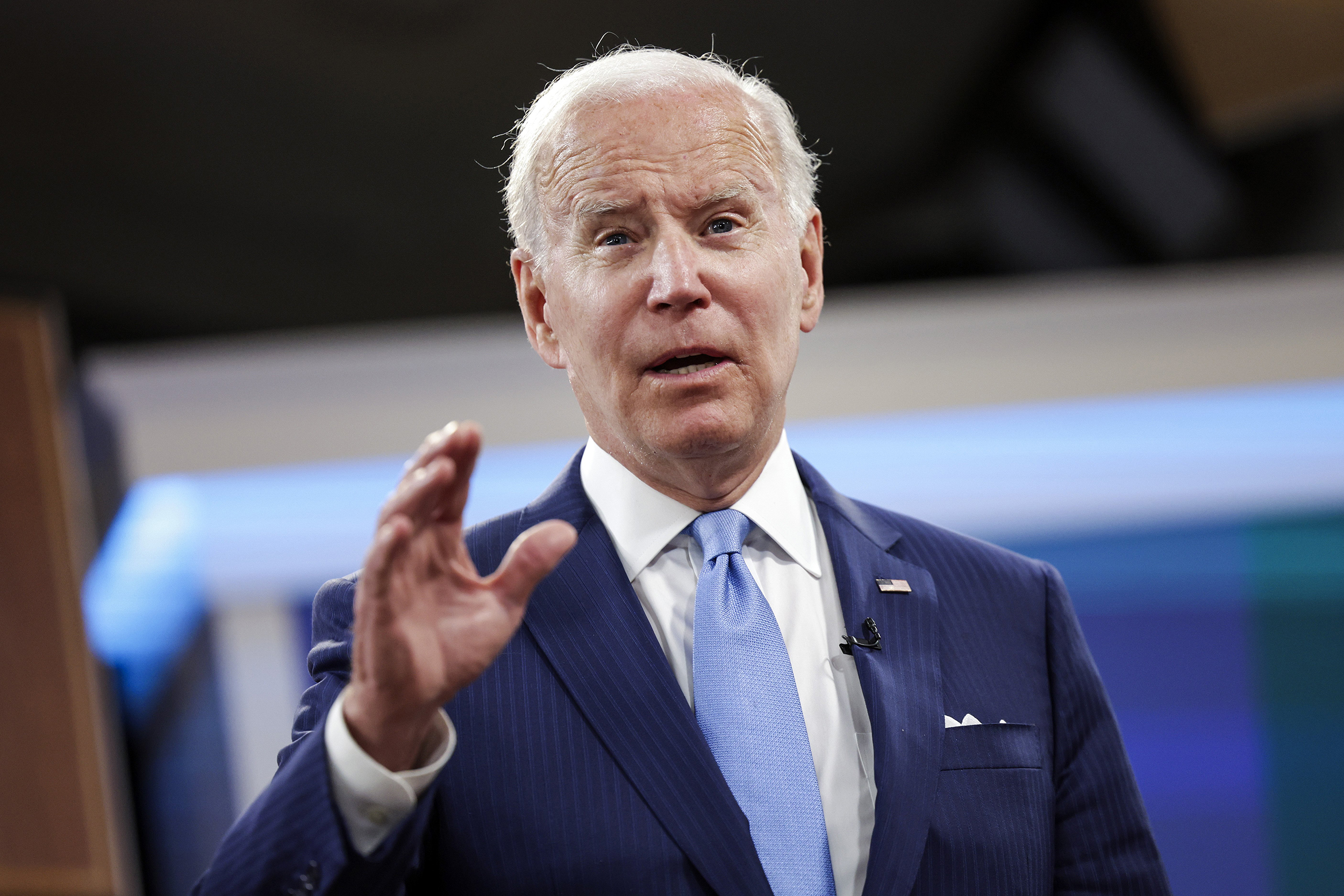 WASHINGTON: A senior adviser to US President Joe Biden said Sunday that Democrats’ victory in the battle for control of the Senate in the midterm elections is “hugely consequential” for the success of Biden’s agenda in his next two years in office.

“He believes that at the end of the day, there are going to be things that Republicans and Democrats can work on together as they did over the last two years,” the adviser, Anita Dunn, said in an interview with CBS’ “Face the Nation,” news programme, while referring to the president.

“Control of the Senate is hugely consequential both for judiciary nominations and appointments, the most diverse group of judicial nominations ever under the first two years of President Biden, but also for controlling the agenda in the U.S. Senate, and that means continued progress for the working families, middle class of this country.”

While Republicans are in position to win a majority of House of Representative seats with a handful of races still unresolved, their majority is likely to be narrow. According to CBS News, Democrats will hold a minimum of 210 seats, while the Republican Party holds at least 214, four seats short of the 218 needed for a majority.

In the Senate, however, Democrats were able to maintain their control of the upper chamber with Nevada Senator Catherine Cortez Masto’s projected victory over Republican challenger Adam Laxalt. Her projected win gives Democrats 50 seats in the next Congress, with Vice President Kamala Harris casting tie-breaking votes if needed. Democrats could widen their majority if Democratic incumbent Sen. Raphael Warnock defeats Republican Herschel Walker in next month’s runoff election for the Senate in Georgia.

Confronting the likely possibility of a divided Congress come January, Mr. Biden told reporters Wednesday that he is ready to work with Republicans, and Dunn echoed that the White House believes Americans do not want partisan gridlock.

The results amount to the best midterm performance for a sitting party in 20 years.

On his part, President Biden said he was incredibly pleased, and it was time for Republicans to decide “who they are”.

Democratic Senate Majority leader, Chuck Schumer, said the results showed the American people had rejected what he called the “violent rhetoric” of the Republican Party.

“I’m not surprised by the turnout. I’m incredibly pleased. And I think it’s a reflection of the quality of our candidates,” Biden said in Cambodia, where he is attending a summit.

Schumer said the country “showed that we believed in our democracy and that the roots are strong and it will prevail as long as we fight for it”.

But Ms Cortez Masto managed to secure victory, and with it her party’s control of the Senate.

The result is a big blow to the Republicans, who were hoping for a “red wave” – an electoral rout which would deliver a harsh rebuke of President Biden and his Democrats.

Meanwhile, Trump is expected to announce that he will run for president again in 2024, but candidates he backed received mixed results in the midterms.

Republican Senator Josh Hawley – who represents Missouri – said after the Senate result that the old party was “dead” and it was time for something new.