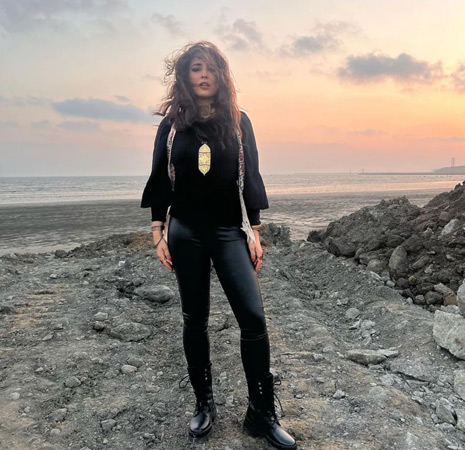 Pictures of prolific actor and model Ushna Shah in a dashing black attire is going viral on the social media application Instagram.

The viral pictures showed Ushna Shah in a black shirt, pants and shoes. The two-picture gallery got thousands of likes.

Instagrammers spoke highly of her dashing looks in the gallery. Here’s what they wrote.

Ushna Shah, who is playing the leading role of Ayesha in the ongoing superhit ARY Digital serial “Habs” alongside Feroze Khan, is a leading name in the modeling and acting industry.

She posts pictures and clips to keep fans updated about her personal life and professional endeavours. Earlier, she won hearts with clicks of her in a dashing black outfit.

The actor has cemented her name with her captivating performances in her serial. The actor can play the roles of both protagonist and antagonist to perfection.

Ushna Shah has starred in several superhit dramas with “Ab Kar Meri Rafugari”, “Lashkara”, “Balaa”, “Cheekh”, “Help Me Durdana”, “Bewafa”, “Habs” being some of them.