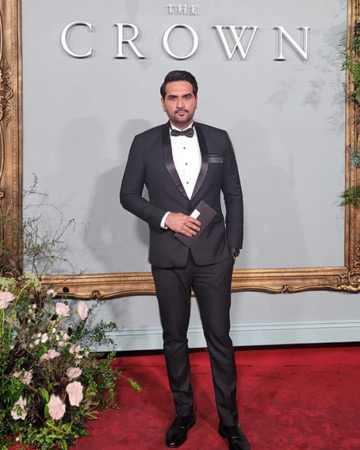 Saeed has played Dr Hasnat, the reumoured beau of late Princess Diana, while Elizabteh Debicki has essayed the role of Diana in the show.

The London Nai Jaunga actor is being praised for his impeccable acting in The Crown, with some calling his performance “impressive”.

However, the 51-year-old came under the spotlight after episode 7 of the season was released in which he was spotted sharing an intimate kissing scene with Debicki. Humayun Saeed has become a trend on Twitter after the clip of the steamy scene went viral on social media, with some users lashing out at the Pakistani actor for the scene.

Diana’s friends are reported to have described Hasnat as the “love of her life” and to have spoken of her distress when he ended their relationship in June 1997. He also attended Diana’s funeral ceremony as well.