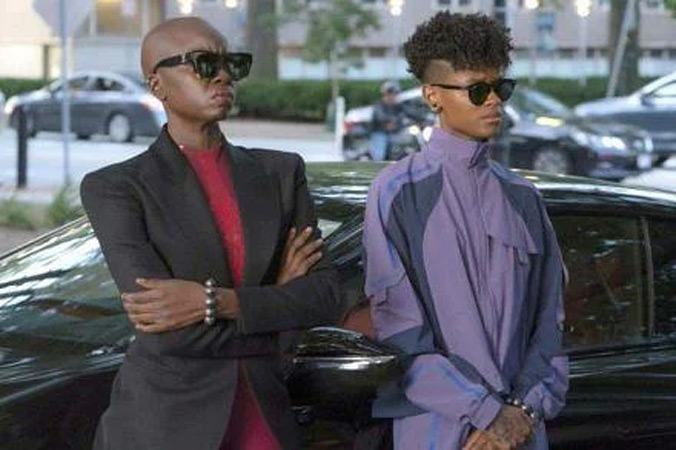 The Black Panther films shoulder far more responsibilities than the many other products of the Marvel Cinematic Universe. They’re expected not only to deliver action, thrills and special effects, but to remediate an entire genre’s longstanding stereotypes and to provide honorable representation for previously marginalized cultures.

On the screen, that has meant inventing Wakanda as a disciplined, high-tech African nation. And for the film soundtracks, collaborations between Hollywood pros – notably the Swedish composer of the orchestral score, Ludwig Goransson – and African musicians.

The second franchise installment, “Black Panther: Wakanda Forever,” adds another culture to the mix: an undersea realm ruled by Marvel’s long-running character Namor, the Sub-Mariner. Marvel introduced Namor decades ago as the ruler of Atlantis, but now – perhaps as an opportunity to address colonialism, perhaps for demographic outreach, perhaps for the angular graphic impact of feathers and beads – his domain, Talokan, is tied to Indigenous Mexican culture, equating Namor with Ku’ku’lkán, the Mayan feathered serpent god.

So the new song-centered tie-in album – “Black Panther: Wakanda Forever (Music From and Inspired By)” – draws on musicians and instruments from Africa and Mexico along with American and British rappers and singers. There’s even a rap in Mayan.

Its pop superstar attraction is the reappearance of Rihanna for the album’s opening song, “Lift Me Up.” The Nigerian singer Tems shares the songwriting credits and joins the backing vocals; a traditional Mexican group, Mono Blanco, adds backup vocals and plucked string instruments, joined by a West African kora. While the song is a careful international alliance, nothing upstages Rihanna. She prays for protection over swelling strings and choir-like voices, but still sounds vulnerable.

“Wakanda Forever” revolves around grief, loyalty, vengeance and territorial security, and its music – both the “inspired by” album and a separate “Original Score” album by Goransson – is largely somber, even ominous.

Where the first “Black Panther” album was curated and dominated by Kendrick Lamar, “Wakanda Forever” relies on Goransson, who is credited as songwriter and/or producer on most tracks. He favors foreboding minor chords and orchestral depths, a backdrop that brings out the most desolate sentiments of his collaborators.

Burna Boy, from Nigeria, begs, “When my whole world is set on fire, don’t leave me alone” in “Alone,” while in “Interlude,” the English grime rapper Stormzy sees “blood on my hands” and wonders, “Who do I turn to?” The Mexican singer Blue Rojo works up a mournful crescendo of accusations in “Inframundo,” telling a woman who left him that “you no longer exist for me.” Even the soundtrack’s understated love songs – “Con la Brisa” by Foudeqush, from Mexico, and “Coming Back for You” by Fireboy DML, from Nigeria – are tinged with worry.

“La Vida” (“The Life”), sung and rapped in Spanish and English by Snow Tha Product, is a declaration of Indigenous pride that adds a dancehall undertow to the harp arpeggios of traditional Mexican son jarocho. It insists “Todo va a estar bien” (“Everything’s going to be all right”), echoing the chorus of “No Woman, No Cry,” the Bob Marley song that Tems performs on the soundtrack. Near the end, the album breaks into a major key. It’s “No Digas Mi Nombre” (“Don’t Say My Name”), a bouncy, waltzing Mexican corrido from the group Calle x Vida joined by Foudeqush, with lyrics that vow to “defend my land.” It’s a respite, of sorts – but also a promise of battles to come as the franchise continues.