Pakistan go down fighting against England: Grace in defeat 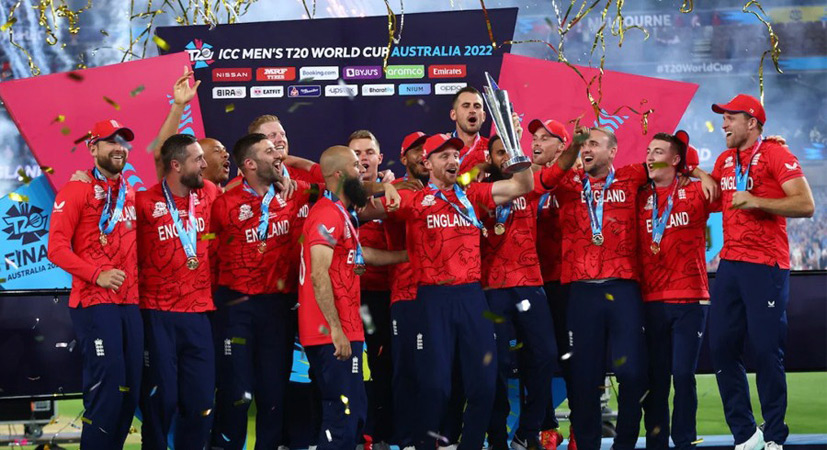 Ben Stokes and Sam Curran starred as England edged Pakistan by five wickets to win the Twenty20 World Cup on Sunday and become the sport’s first dual white-ball champions, holding both the 50 and 20-over titles.

Jos Buttler’s side held Pakistan to 137-8 in front of a partisan 80,462 fans at a heaving Melbourne Cricket Ground, with player-of-the-match and tournament Curran bagging 3-12 and Adil Rashid chipping with 2-22.

In reply, England slumped to 49-3 in the sixth over as they struggled to get any momentum against a fiery pace attack, with boundaries hard to come by.

But Stokes (52 not out) and Moeen Ali (19) used their experience and cool heads to guide England to 138-5 with six balls to spare, climaxing a riveting tournament that spanned 45 games over nearly a month.

“In finals, especially when chasing, you probably forget all the hard work before that. To restrict them to 130, the bowlers have to take a lot of credit. Adil Rashid and Sam Curran won us the game,” said Stokes.

“Pretty good evening. Representing your country in World Cups is amazing, it has been a good one.”

Curran said Stokes should have been player of the match.

“We all look up to him. People question him, but he’s incredible. He’s the man,” he said.

“The way I bowl, I go into the wicket with my slower balls and keep the batsmen guessing. World champions, how good,” he added.

The victory added to the 50-over title England won in 2019, building on the legacy of former captain Eoin Morgan, who retired this year after transforming the team into a white-ball juggernaut. It was England’s second T20 crown after tasting success in 2010, joining the West Indies as the only two-time winners since the tournament’s inception in 2007. 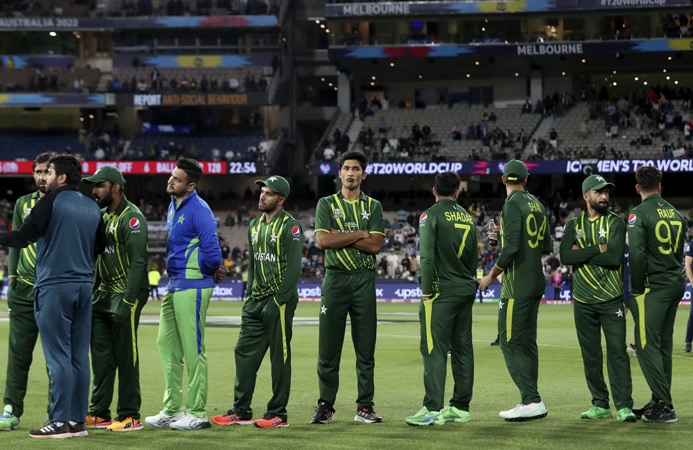 The game was billed as a showdown between Pakistan’s attack and England’s top order, and Shaheen Afridi bowled danger man Alex Hales in the first over of the run chase.

But that only fired up Buttler who smashed two boundaries off Naseem Shah. Phil Salt, playing in place of the injured Dawid Malan, didn’t last, making just 10 before pulling Haris Rauf to Iftikhar Ahmed The ball was swinging and seaming and the menacing Rauf claimed the key wicket of Buttler just as he was getting in, edging to wicketkeeper Mohammad Rizwan on 26 off 17 balls. The runs dried up as they reached 77-3 at the halfway point of the innings, compared to Pakistan’s 68-2. Harry Brook came undone on 20 against the spin of Shadab Khan, holing out to Afridi and came down to needing 41 runs off the final five overs. Stokes relieved the pressure with a four and a six off Ahmed and there was no stopping them with the England all-rounder hitting the winning runs. With forecast rain staying away, England produced disciplined and economical bowling to stymie 2009 champions Pakistan, with Shan Masood’s 38 the top score. Stokes was given the new ball after England won the toss and chose to field with Pakistan lucky to survive the over intact as opener Rizwan was almost run out going for a risky single. Rizwan and Babar Azam shared a century partnership in their semi-final against New Zealand, but another big stand wasn’t to be, with Rizwan dragging a delivery from Curran on to his stumps on 15.

The introduction of Rashid soon after the six-over powerplay reaped an immediate reward with Mohammad Haris (8) attacking him on his first ball only to sky a simple catch to Stokes. Masood began swinging the bat in the second half of the innings, hitting a four and six off Liam Livingstone. But once again Rashid got the breakthrough, pulling off a diving catch from his own bowling to claim the vital wicket of Azam, whose 32 came off 28 balls. Ahmed only lasted six balls before Masood and Shadab Khan (20) fell in the space of two runs as Curran and Chris Jordan kept the lid on any hope Pakistan had of a late flurry. While the Green Shirts aren’t returning home with the T20 World Cup trophy, they’re getting immense appreciation for their perseverance in the tournament and for making it to the finals, especially with a lot of the credit to its bowling attack. Talking about the team’s performance, former skipper Imran Khan – who led Pakistan to their maiden World Cup victory in 1992 – said that winning and losing was a part of the game. “I used to tell my team to fight till the last bowl. Try your best. But when the result comes and you have given your best, then it is God’s will.”

Pakistan, Imran said, gave it their all and kept trying till the last bowl. “But what is not in your hands […] the way Shaheen Afridi was injured, no one can do anything about that. “And unfortunately it happened at a time when the match was at a very important stage and Shaheen could have made a difference. I am not saying that we could have won but it was at a time when the game could have been changed,” he added. The former all-rounder urged the nation to congratulate the team for reaching the final. “I especially want to say that our fast-bowling attack […] from what I saw today […] is the best fast-bowling attack in the world,” Imran remarked, and then prayed for the speedy recovery of Shaheen. He also said that Pakistan had Babar Azam who was a “world-class batsman” and would leave all the other batters behind. “Our team right now is among the best teams in the world,” Imran added.

President Arif Alvi praised the team for the “all-round performance”. Prime Minister Shehbaz Sharif lauded England for their ICC World Cup triumph, feeling proud of Green Shirts’ efforts in the final at the MCG. Taking to Twitter, PM Shehbaz Sharif wrote, “Team Pakistan fought back hard and brave. Great bowling performance. But England played better today. We are proud of our boys in green for making it to the final match of this mega tournament.”. 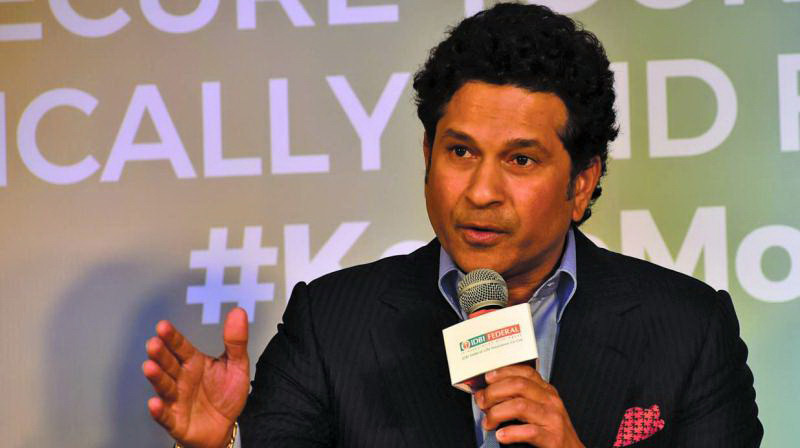 Congratulations England on winning your 2nd @T20WorldCup. Fantastic achievement. It was a closely fought final and would’ve been even more interesting had Afridi not been injured. What a roller coaster of a World Cup. #T20WorldCupFinal 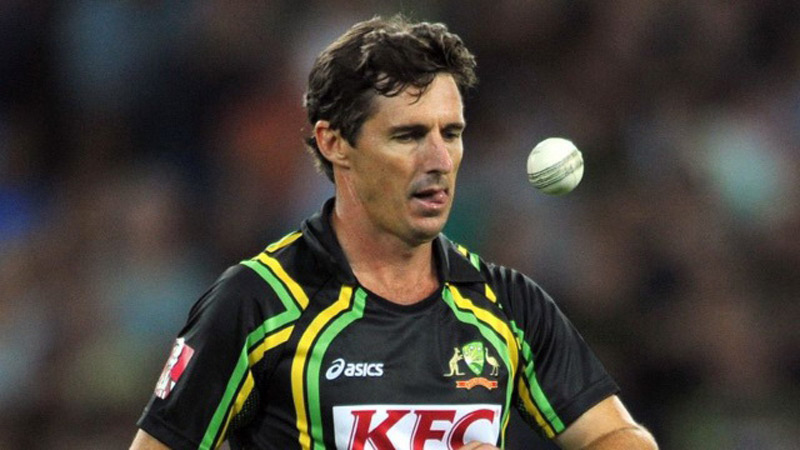 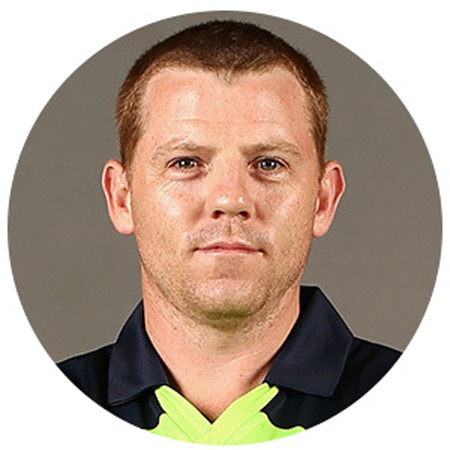 Tough one for @TheRealPCB to take for sure but once again brought immense joy to a global event. A quality team who
just came up against a unstoppable force. 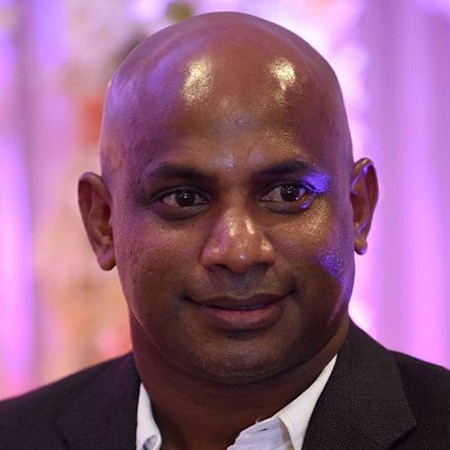 Congratulations to England for playing a strong entertaining brand of cricket. Well played Pakistan for never giving up! Cricket was the winner #T20WorldCupFinal 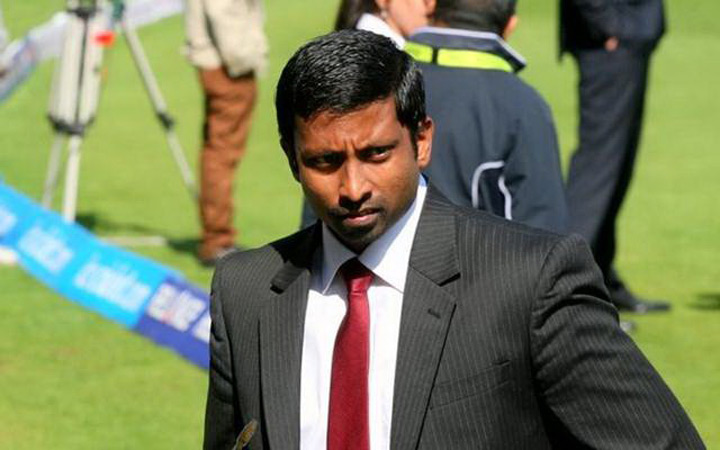 England hold both White ball trophies .. A strong team with great depth and a few match winners too Well done to you guys #T20World CupFinal Well done to Pakistan too .. if anyone was going to defend that score it was em.. but losing Shaheen at that time was not fun 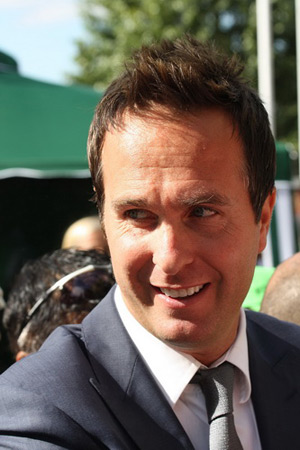 Have to say the @iShaheenAfridi Injury had a major impact on the outcome of the game .. Pakistan have once again been brilliant to watch .. they being so much to the world game .. #ICCT20WorldCup2022Final