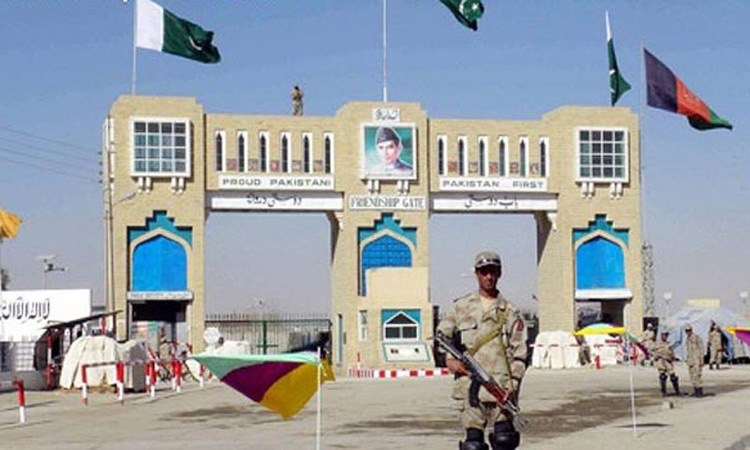 A Frontier Corps soldier embraced martyrdom and two more sustained injuries Sunday in the midst of a cross-border attack from Afghanistan to Balochistan’s Chaman district. Afghan security officials allegedly opened fire on the FC personnel while they were deployed on duty on the Pakistani side of the Bab-e-Dosti near Chaman, as per Levies officials. As a result of the attack, one FC trooper was martyred while two were injured due to bullets shot at them during the exchange of fire between security officials of the two countries. Following the incident, the Pakistani authorities contacted the Afghan government for a ceasefire in the area. Meanwhile, Bab-e-Dosti has been closed for all kinds of trade and pedestrians’ movement. A flag meeting between the officials of the two countries was held during which Pakistani authorities clarified that the friendship gate will remain closed until the attackers are not handed over to them.

The Afghan authorities, however, were of the view that the unidentified terrorists in the guise of Taliban attacked the security personnel in Pakistan. Meanwhile, six coal mine workers were kidnapped in Machh area of Quetta, Balochistan, by unknown armed men. According to the local police, armed men belonging to the banned outfit kidnapped six coal miners. As per the officials, a heavy contingent of police and FC reached the spot after the incident was reported. A search operation was also launched to find the kidnapped coal miners. Four of the abducted miners hail from Shangla district of Khyber Pakhtunkhwa while the remaining two hail from Kila Abdullah and Machh.

After the incident, the contractors working in the area have stopped work and demanded the government to provide them security.