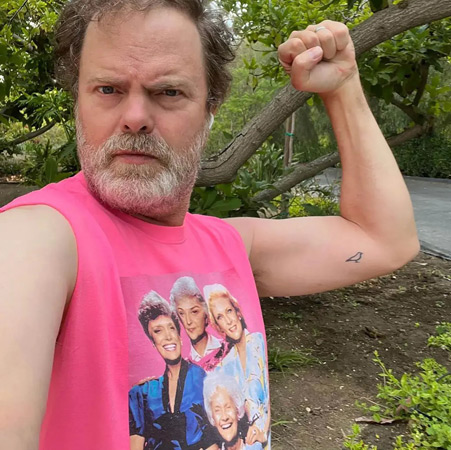 Climate activists have recently chosen many ways to bring attention to the ongoing crisis. Some have marched in the streets, some have blocked roads and others have thrown food at paintings. But actor Rainn Wilson, known for his role as Dwight Schrute on the American television show “The Office”, is changing his name. Mr Wilson announced this week that he is changing his name to “Rainfall Heat Wave Extreme Winter Wilson” in a bid to highlight the climate crisis and the severe weather it will bring. The stunt comes as world leaders are meeting in Sharm el-Sheikh, Egypt for Cop27, the United Nations’ annual climate conference, with hopes of furthering global cooperation to stem the climate crisis. In a video posted to social media, the actor introduced himself as an even longer and slightly modified version of the new name. “Hi there, I’m Rainn Wilson – or should I say: ‘Rainfall Heat Wave Rising Sea Levels And We Have To Do Something About It Now Wilson,” Mr Wilson said. “Sorry to get so dark, so quick.”