Battle for the Crown

* After shaky starts, both teams hit top gear in semi-finals, with Pakistan easing to a seven-wicket win over New Zealand and England humiliating India by 10 wickets 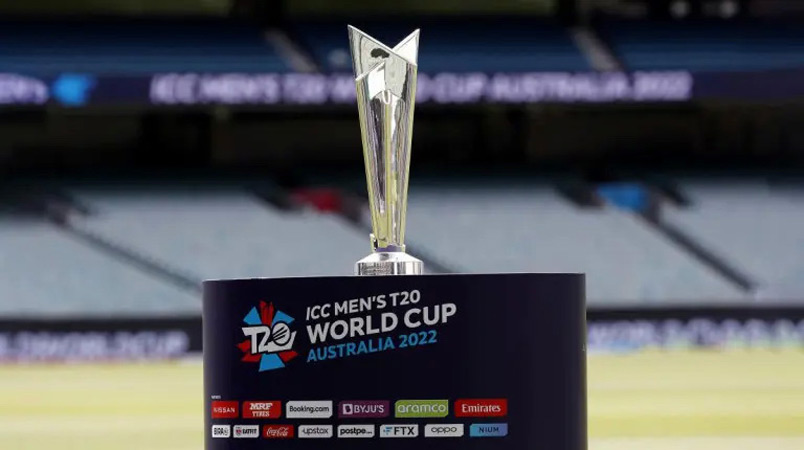 England’s 10-wicket hammering of India in the T20 World Cup semi-final leaves them strong favourites to lift the trophy on Sunday. But their opponents, Pakistan, have already overcome the odds to make it this far.

Heavy rain could disrupt the Melbourne Cricket Ground showdown and even see the teams crowned joint champions if unable to complete a match of at least 10 overs per side by the end of the reserve day on Monday.

However, conditions should hold up long enough to deliver a contest between the two nations who played for the 50-overs World Cup 30 years ago at the MCG.

After shaky starts both hit top gear in the semi-finals, with Pakistan easing to a seven-wicket win over New Zealand in Sydney and England humiliating India by 10 wickets in Adelaide. Pakistan, the 2009 champions, have had a charmed tournament since being pushed to the brink of elimination by Zimbabwe, with the Netherlands helping them into the semi-finals by eliminating South Africa. Thirty years after Imran Khan’s Pakistan claimed the 1992 World Cup, Babar Azam’s team may feel it is their destiny to deliver a trophy. “Of course, the similarities are (there),” Babar told reporters of 1992 final.

“But we will try to win the trophy as it is an honour for me to lead this team, especially on this big ground.”

England, the reigning 50-overs world champions, are looking to win a second global T20 title after their 2010 triumph and to build on the legacy of former captain Eoin Morgan, who transformed the team into a white-ball juggernaut.

New skipper Jos Buttler had big shoes to fill following Morgan’s retirement but has led from the front with rehabilitated opener Alex Hales.

Opening partnerships were decisive in the semi-finals, with Buttler and Hales routing India with a 170-run stand the night after Babar and Mohammad Rizwan set up victory over New Zealand with a 105-run stand.

Both teams’ bowlers will be under pressure to strike early, lest the game quickly gets away from them.

“Utilising the powerplay to grab as many wickets will be essential for the match,” said Babar.

There are few secrets between the teams, with Pakistan edged 4-3 by England in a T20 series at home.

They also played a rain-affected World Cup warm-up in Brisbane, which England won by six wickets.

Neither have had success in this tournament at the MCG, though, with Pakistan losing a Super 12 thriller to arch-rivals India and England having their sole blemish against Ireland in a rain-hit upset.

“Obviously the Ireland match is a big disappointment for us as a team throughout this tournament, but certainly feels a long time ago now,” said Buttler.

“I think we’ve seen a reaction to that game in the rest of the cricket we’ve played so far.”

Pakistan are likely to be unchanged but England could opt to bring back express paceman Mark Wood and number three batsman Dawid Malan if the pair are fit.

The final has been billed as a battle between Pakistan’s vaunted pace attack and England’s top order, but both sides boast other weapons.

England’s Sam Curran has been a fearless death bowler while legspinner Adil Rashid proved an unlikely hero against India.

Pakistan all-rounder Shadab Khan captured 10 wickets at the tournament and their maligned middle order carried the team while Babar and Rizwan struggled.

The crowd will be dominated by an army of green-clad Pakistan fans but it may have little impact on England, who delighted in silencing the massive crowd of Indian supporters at Adelaide Oval.