PTI leaders indicted for May 25 ‘rioting’ 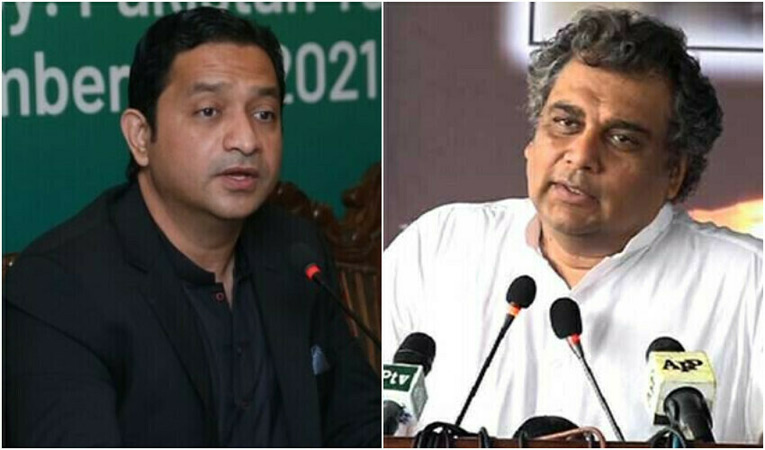 A Karachi Anti-Terrorism Court (ATC) on Saturday indicted 15 suspects over the May 25 rioting case, including Pakistan Tehreek-e-Insaf (PTI) leaders Ali Haider Zaidi and Khurrum Sher Zaman. The ATC heard two cases against PTI leaders on Saturday. PTI leaders Ali Haider Zaidi, Khurrum Sher Zaman, Jamal Siddiqui, Arsalan Taj Ghumman, Firdous Shamim Naqvi and others appeared before the court on Saturday. Police officials submitted the charges against the accused, accusing them of arson, rioting, and attempted murder. Cases against the accused have been registered in Soldier Bazar and Ferozabad police stations of Karachi. The accused, however, rejected all charges and the case will now likely go to trial.

The court subsequently adjourned Saturday’s hearing while summoning the witnesses from the prosecution at the next hearing. Meanwhile, a local sessions court fixed on Saturday the indictment date in the Shahbaz Gill sedition case to November 22. According to a statement from the investigation officer (IO), besides Gill and head of a private tv channel, Ammad Yousaf, no concrete evidence against any of the other accused, including CEO of the private news channel, was found. He maintained that the police had already given a statement that there was no solid evidence against Salman Iqbal, Khawar Ghumman, Adeel Raja or Sadaf Abdul Jabbar. Public prosecutor Rizwan Abbasi informed the court that nothing had come on record for any of the accused except for Gill and Yousaf. The IO added that the challan for these two was completed.

However, Gill’s lawyer argued that all allegations were related to the same programme. He further added that the proceedings could not continue unless there was a complete report. He said that the investigating authorities did not complete the probe even after three months; they said if something else happens they will add it to this case too. Additional Sessions Judge Tahir Abbas Sipra stated that the court had the authority to proceed with the case if it wanted, to which the lawyer replied that the trial could only be started by looking at the law. He argued that the prosecution had said there was only one programme and one kind of allegation but then said there was no concrete evidence against others.

“In this context, the court has to record the statement of the investigating officer and make it part of the case,” lawyer Ali Bukhari said, adding that some people accused were on bail while one had passed away – referring to journalist Arshad Sharif. The statement of the investigating officer was then recorded. The judge reiterated that the court had the power to proceed with the trial regardless of whether the challan was complete or incomplete. During the hearing, the prosecutor maintained that the charges should be framed at the next hearing as Section 265(C) of the Pakistan Penal Code should be applied, which calls for the supply of statements and documents to the accused. The counsel for Gill stated that the prosecution maintained in its statement that they did not want to pursue the case against the other accused, which Additional Sessions Judge Tahir Abbas Sipra confirmed was written.