Next chief on merit only 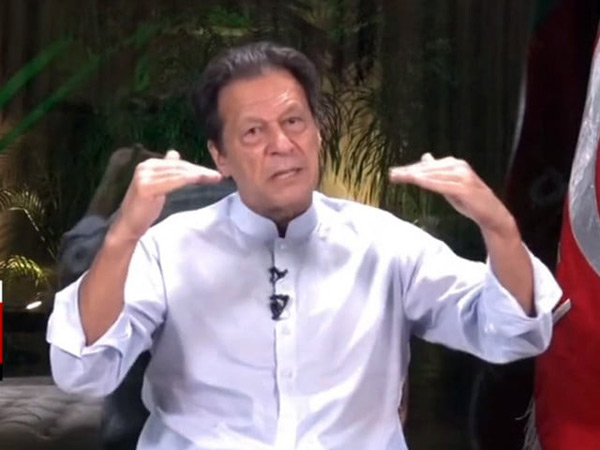 Pakistan Tehreek Insaf (PTI) Chairman Imran Khan on Friday claimed that the ruling coalition intends to save their allegedly ill-gotten money through the appointment of their ‘favourite’ army chief.

Pointing a finger towards Pakistan Muslim League-Nawaz (PML-N) supermo Nawaz Sharif, Imran said that he never took any decision on merit. “How can Nawaz Sharif and other PML-N led government appoint an army chief through merit,” he asked while addressing participants of long march via video link.

Imran Khan reiterated that the criteria for the next army chief’s appointment should be based on “merit”. “Whoever fits the merit, should be appointed the army chief.”

Criticising Prime Minister Shehbaz Sharif for consulting PML-N supremo Nawaz Sharif for Pakistan’s next army chief, Khan said, “The prime minister went to a house made of stolen money to meet a convict in London. This man [Nawaz Sharif] was reported to have killed hundreds of people in police encounters. They are going to decide on the next army chief. No one, in a developed country, can imagine something like this.”

Imran said that the premier had flown to London to meet a “lying absconder”. The premier is going to meet the same person who was convicted by the apex court, Imran said.

He reiterated that incumbent coalition government would not appoint next army chief on merit, saying PML-N supremo Nawaz Sharif would not let it happen. “Whoever is on merit should become the next army chief but Nawaz Sharif would not let it happen because they want to control the institutions to save their looted wealth,” he said. PTI chief said that the PML-N supremo will make this decision based on who will save his theft. He added that the “debacle” taking place in London is not happening to strengthen institutions. “Nawaz Sharif always brings up the man who is beneficial for him,” Khan said referring to the appointment’s decision. Slamming the Sharif brothers’ governance in the past, the former premier said: “They have tried to bribe judges. It’s part of their history. They don’t let the judiciary function. They have destroyed the police. Since the start, they have been trying to either buy or scare.”

The PTI chief added that controlling the institutions is similar to destroying them. Sharing his annoyance with the Election Commission of Pakistan (ECP), Khan said that the ECP connived with the coalition government to not introduce electronic voting machines (EVM). “Ninety percent of rigging can be eliminated through EVM,” the former premier maintained.Imran Khan, during his address, asked the nation to participate in his party’s long march for generations to come, adding that it is important to bring justice and prosperity to the country. “Justice means that everyone is equal under the law. This is not the case in Pakistan. Successful countries around the world have strong institutions. A strong country stands upon strong institutions,” the PTI chief said speaking to the marchers. Khan added that a country could never prosper if there is no rule of law. He told the long march’s participants that overseas Pakistanis are familiar with justice, and they leave because it doesn’t exist here. “The weaker people go to jail, while deals are made with the strong thieves here. All of this happens because there is no rule of law,” he said in his address.

Condemning the coalition government for attempting to control institutions, the former prime minister said: “They have never done anything on merit in their life. They want to control institutions to save their money. Institutions cannot apprehend the powerful.” Khan maintained that this is not just a problem in Pakistan, but in all poor countries.” Commenting on surviving the attempted assassination, Khan said: “They thought I would quietly sit down after getting shot. The nation has awareness. Muazzam and Ibtesam are examples of it. Their preparation was complete. [But] saviour is greater than the killer.”