In line with constitution 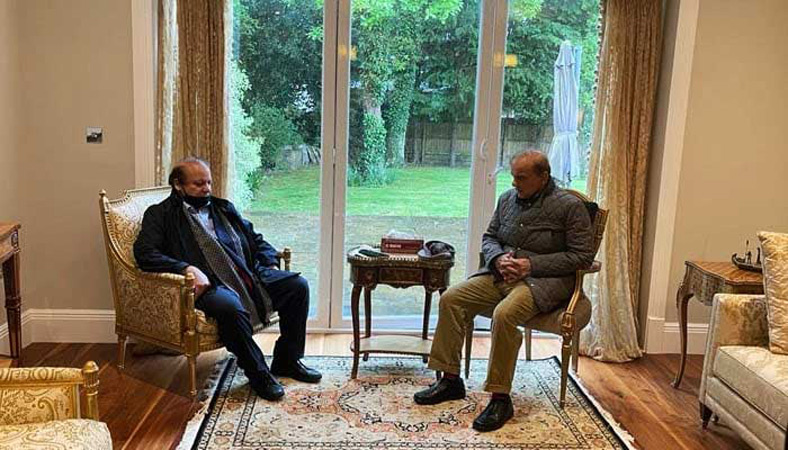 As the fourth huddle of PML-N top brass concluded in London on Friday, it was decided to appoint the military’s senior-most officer as the next army chief, a private TV channel reported.

PML-N leadership, with party supremo Nawaz Sharif, Vice President Maryam Nawaz, and Prime Minister Shehbaz Sharif in presence, held another round of consultations on important matters concerning the country on Friday. Following his fourth and two-hours-long meeting with Nawaz, PM Shehbaz told journalists that the army chief’s appointment is a constitutional matter and would decide in line with the constitution. PM Shahbaz is now returning to Pakistan, following the meetings. He had arrived in the British capital after concluding his two-day visit to Egypt, where he attended the COP27 summit.

During the London meetings, PM Shahbaz and PML-N supremo Nawaz also resolved not to come under PTI’s pressure, especially on its key demand of early elections, reports said. Nawaz told Shahbaz to “continue doing his best to take Pakistan out of the economic crisis” and “not succumb to any kind of pressure”. Both resolved that the elections would be held on time and PTI chief’s planned march to Islamabad would be dealt with legally, shared the source.

Earlier, Prime Minister Shehbaz Sharif accused PTI Chairman Imran Khan of attempting to ruin Pakistan through his agitation. Briefly speaking to the media, the premier said that Imran Khan wants to ruin Pakistan but this will not happen. “Defeat is the destiny of those who are doing the long march,” said the premier.”Let’s pray for the better of Pakistan. Let’s pray to Allah for guidance on putting Pakistan on the right path. Pakistan is in great difficulty,” said Nawaz, adding that the rule of mobs will not be tolerated. “We have never listened to the dictation of mobs before and will not do so now.”

Meanwhile, Planning Minister Ahsan Iqbal has said that the next army chief will be announced before November 29. “When the prime minister returns to the country, he will make the announcement in the next few days or two.” He said the prime minister had his “eye” on the issue and the announcement would be done at the “appropriate time”. Ahsan Iqbal said that Prime Minister Shehbaz Sharif will only have one criterion for the army chief’s appointment: maintaining Pakistan’s impenetrable defence and taking the military’s professionalism to a higher standard. “We have to do the army chief’s appointment on a professional, instead of political, basis.” Iqbal said the issue was a “routine appointment” and speculation should be avoided on the matter.