Janhvi wishes Boney on his birthday 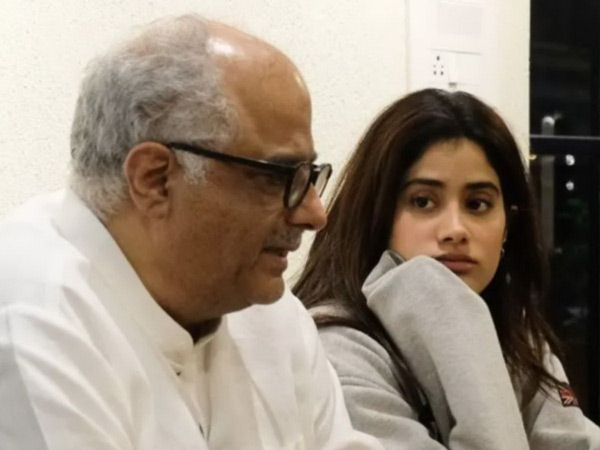 While Arjun posted a picture with the family and friends as they came together to celebrate Boney’s birthday, Janhvi shared a hilarious video of Boney trying an Instagram filter in which he dances as Drake. Khushi and Anshula took to their Instagram stories and wished their dad.

Arjun wrote in the caption, “Happy birthday Dad !!! As u said yesterday u remain young at heart no matter what, I hope & pray u always feel that way… lots more smiling & a little less spending for this year & the many years ahead !!!.”

Janhvi posted the video and wrote in the caption, “Happy birthday to the cutest Papa in the whole world. I love you more than you can every imagine. You’re the strongest man I know and I’m the luckiest girl because I get to call you my dad. Love you papa.”

Boney rang is 67th birthday with Arjun, Anshula, Shabana Azmi and others. He gave a glimpse of his celebrations on his Instagram handle and said, “It was wonderful to bring in my birthday with my family and my good friends… love and light to all!” Arjun and Anshula are Boney’s children from his first wife Mona Shourie Kapoor.

Boney, who recently produced Janhvi’s Mili, is all set to make his acting debut with director Luv Ranjan’s next. In an interview with India Today, Boney had said, “Initially, when Luv offered me the film, I was reluctant to do it. Thanks to my son, my daughters and my brother Sanjay Kapoor, they pushed me into it.