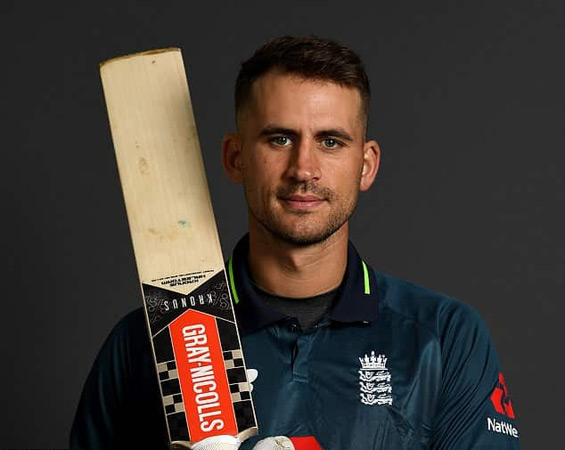 ADELAIDE: If it wasn’t for a freak injury to Jonny Bairstow on a golf course, Alex Hales would have been watching the Twenty20 World Cup on television at home and pondering what might have been. Instead, the dynamic batsman played a leading role in England’s annihilation of India in the semi-finals and is now sizing up Pakistan’s bowlers in Sunday’s final at the Melbourne Cricket Ground. English media hailed man-of-the-match Hales’s unbeaten 86 off 47 balls in Thursday’s 10-wicket thrashing of India at the Adelaide Oval as “the ultimate redemption”. “This was vindication for him and England’s selectors in more ways than one,” former England skipper Mike Atherton wrote in The Times.

But just a few months ago, the 33-year-old’s international career looked over. The batsman had not represented England for three-and-a-half years, having been dumped on the eve of the 2019 World Cup following two failed recreational drug tests. But Eoin Morgan retired and was succeeded as England’s white-ball captain by Jos Buttler this summer, Bairstow slipped and broke his leg on the golf course and fellow opener Jason Roy was dropped because of poor form. That all conspired to hand the hard-hitting Hales a fresh chance. “He’s delivered in spades,” Buttler said after combining with Hales to send India home in emphatic, brutal style. “He’s immensely tough to bowl at. It was fantastic to be at the other end and watch him go about his business, such a wide range of shots, and the dimensions of the ground, he played them fantastically well.”

There was never any doubt of Hales’s talent. After his long international exile came to an end in September, England’s Test captain and World Cup team-mate Ben Stokes called him “definitely one of the best T20 players in the world”. In August, Hales became the first Englishman to reach 10,000 runs in the Twenty20 format. He has scored 2,073 runs in 74 T20 internationals at an average of 31.40 and he has strike rate of more than 138 per 100 balls. In his first match back from the deep freeze, against Pakistan in Karachi, Hales thumped a half-century. “Three years felt like forever,” Hales said afterwards. In a portent for Sunday’s World Cup final, England won the Pakistan series 4-3. Hales’s experience in Australia’s Big Bash League — meaning he would know the World Cup pitches well —- was also a factor in his return. Hales has also played several seasons in the Pakistan Super League.

‘Breakdown in trust’: The doubts about Hales were off the pitch. While his drugs ban was for 21 days, in line with England and Wales Cricket Board policy, then-captain Morgan said there had been a “complete breakdown in trust” between Hales and his team-mates. “Everybody in the senior players’ meeting agreed the best decision for the team and culture was for Alex to be deselected,” Morgan told the BBC’s Test Match Special in 2019. England would go on to win the one-day World Cup as hosts. As his painful exile dragged into 2020, Hales admitted that he had needed to mature and acknowledged “mistakes I’ve made in my private life”. All was forgiven and forgotten on Thursday as Hales put India’s bewildered bowlers to the sword, together with fellow opener Buttler, who thumped an unbeaten 80. Hales called it “my perfect innings”. “India in the semi-final, big occasion, I’m so happy with how I played, it’s special,” the BBC quoted him as saying.