‘Tulsa King’ is a rickety star vehicle for Sylvester Stallone 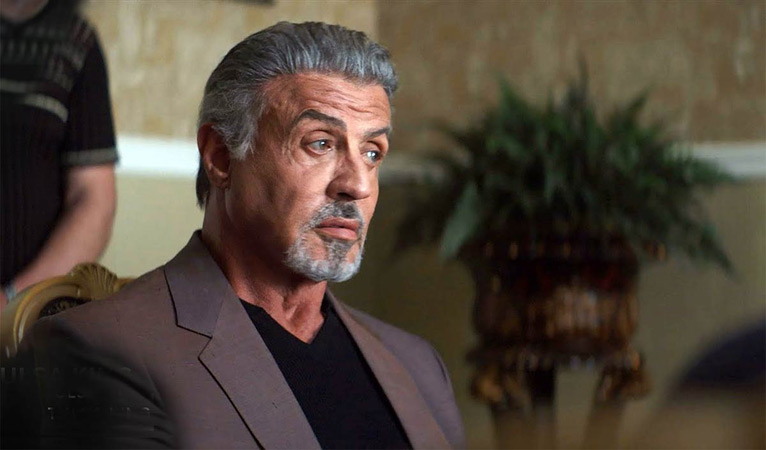 “Tulsa King,” the new Paramount+ drama created by Taylor Sheridan and Terence Winter, is entirely too conventional and workmanlike to be a remarkable series. And yet it is remarkable – and oddly fascinating – for a couple of reasons. For one thing, “Tulsa King” continues the parabolic rise of Sheridan, a writer-director who has quickly become one of the past decade’s predominant television successes. Once best known for a low-profile main cast role in “Sons of Anarchy,” Sheridan has parlayed a handful of well-received neo-Western films into a burgeoning small-screen empire. In addition to his flagship hit “Yellowstone” and its four spinoffs, Sheridan has built an ever-expanding slate of projects and a storytelling brand as distinct as household names like Shonda Rhimes and Ryan Murphy.

The other fascinating thing about “Tulsa King” is its star, Sylvester Stallone, who at 76 is making his first foray into series television. There’s nothing new about actors best known for yesterday’s box-office smashes reinventing themselves in television’s land of good and plenty. But Stallone is a particular kind of performer, with his post- “Rocky” filmography split between setpiece-heavy action franchises and failed experiments to evolve beyond playing soldiers of fortune like “Rambo.” Until he landed a Golden Globe for his supporting role in “Creed,” Stallone’s basic competence as a performer was a matter of fierce debate. He’s no one’s favourite actor.

In “Tulsa King,” Stallone inhabits a role clearly conceived with him in mind, and it makes all the difference. “Tulsa King” is a clumsy misfire, but when the show works, it works precisely because of Stallone’s charming, if characteristically mannered, performance. Stallone’s range is as compact as ever, but he navigates it with the precision of a contortionist trapped in a box. “Tulsa King” isn’t a great show with him, but it would be far less interesting without him. Stallone stars as Dwight “The General” Manfredi, a New York mafioso who’s been out of the organized crime game while serving a 25-year prison sentence. Upon his release, Dwight expects to be welcomed back into the family with a celebration at his favourite gentleman’s club and a montage set to Ace Frehley’s “New York Groove.” Instead, he’s dropped off in Long Island for a tense meeting that establishes just how much reorganization has taken place in his lengthy absence. 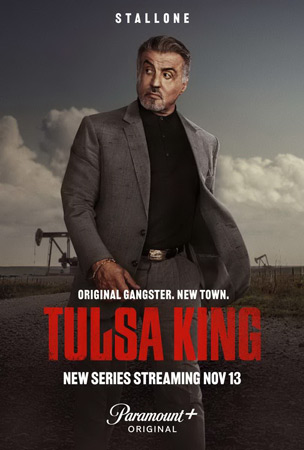 Chickie tells Dwight there’s no longer room for him in the New York organization. His only option is to accept a new assignment: establishing a foothold in Oklahoma’s second-largest city despite having never set foot there. In Tulsa, he’ll be faced with the dual challenge of decoding a new business environment while acclimating to a world different from the one he left behind. Perhaps there is some country for old men after all, and Dwight is determined to seize it.

The premise suggests an uphill battle for an aging crook applying his old-school ways to today’s graft. But the pilot almost immediately extinguishes that potential by putting Dwight on a glide path. A quarter-century out of the hustle hasn’t dulled Dwight’s criminal instincts even slightly. In fact, after barely a couple of hours in the Sooner State, and still toting his luggage, Dwight’s already lined up a personal driver and the first reluctant inductee into his protection racket. He quite literally strolls into a weed dispensary on a lark, and, within minutes, has put its owner, Bodhi, under his thumb. Presumably Dwight’s second act won’t always be quite this smooth, but there’s not much in the two episodes screened for critics that signal roadbumps ahead. The episodes are more interested in calibrating Dwight as a criminal antihero with a refined moral code so as to prevent the audience from turning on him. The pilot gives Dwight opportunities to confront casual racism and clobber a bar patron for getting handsy with women, flashing just enough virtue to let viewers know he’s a capo they can love without guilt. There’s not even a well-defined antagonist by the end of the two episodes. Sure, there are hints of his pre-prison life creeping in to complicate his new one. And nothing good can come of his romantic spark with Stacy Beale, whose inconvenient connection to Dwight will be more than obvious to anyone who bothers to think about it for literally two seconds. But, at least in the first two episodes, Dwight’s only enemy is time itself and all the rideshare apps, TikTok trends and meme stocks it has unleashed in his absence. True to Sheridan’s conservative-skewing brand, Dwight whines about personal gender pronouns despite having no reason to even know about such contemporary culture wars, much less to have a dog in the fight. The “what’s the deal with pronouns” monologue sounds like something Stallone might actually say himself, even if it makes no sense for the character he’s playing.