‘The English’ — Emily’s sweeping western is a rare, sensational masterpiece 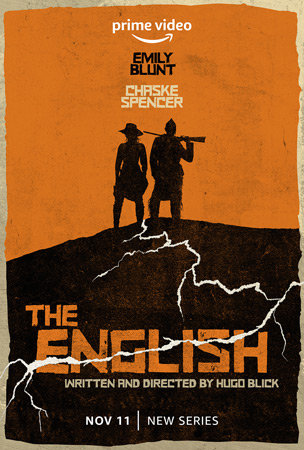 First and foremost – don’t let the moony opening of The English put you off. It is completely unrepresentative of the six hours that follow and I want you to follow them. The English, written and directed by Hugo Blick, is a revisionist western further revised. We are in 1890, the last days of settlement of the old west and our all-but-silent hero is Eli Whipp, a Pawnee native and former scout for the US army cavalry – doubly displaced by the settlers’ theft of his homeland and what his people see as his betrayal of it. He is on his way to Nebraska to stake a claim to the acres he is owed for his army service, despite warnings that the white men in charge will never honour their debt. Our heroine is Lady Cornelia Locke, who arrives at a remote hostelry in Kansas from England, on the trail of the man she holds responsible for her son’s death. There she finds the manager, Watts, in the process of torturing Eli.