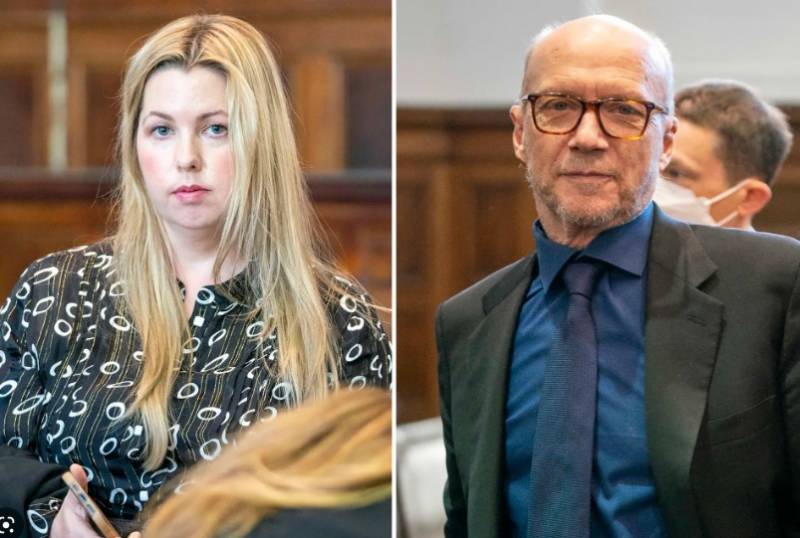 On Thursday, a New York jury found Oscar-winning Canadian filmmaker Paul Haggis liable for raping a publicist in 2013 and ordered him to pay her at least $7.5 million in damages.

Following a two-week civil trial in Manhattan, jurors ruled against Haggis, who wrote and directed “Crash.”

In a separate case, Haggis was arrested in June in southern Italy on suspicion of aggravated sexual assault. He maintained his innocence and was soon released.

Breest claimed in her suit that on the evening of January 31, 2013, after a film screening in Manhattan, the director insisted on her having a drink at his home, despite her preference to go to a bar.

Haggis made multiple advances to her in his apartment before forcing her to perform oral sex and then raping her, she claimed.

“I am grateful that I had the opportunity to seek justice and accountability in court and that the jury chose to follow the facts and believed me,” Breest said in a statement.

During the trial, the filmmaker’s lawyers suggested that her suit was guided by the Church of Scientology, which Haggis left and has since criticized, according to US media.

The plaintiff’s lawyers denied the accusation.

Haggis does not face criminal charges in the case.

Known for being one of the creators of the “Walker Texas Ranger” television series, Haggis received an Oscar for best picture and best original screenplay in 2006 for “Crash.”

He was additionally the screenwriter for “Flags of Our Fathers” and “Letters from Iwo Jima,” as well as James Bond films “Casino Royale” and “Quantum of Solace.”