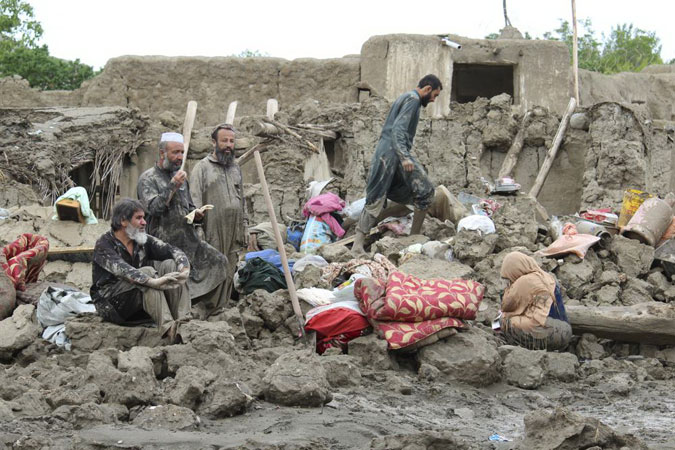 According to the Rangers spokesperson, the Afghan nationals were allegedly entering Sindh from Balochistan.

They were arrested for not carrying identity documents during search and biometric checking.

They have been handed over to the Balochistan government for legal action and their repatriation to Afghanistan, the Rangers spokesperson said.

Taliban have banned Afghan women from entering the capital’s public parks and funfairs, just months after ordering access to be segregated by gender.

The new rule, introduced this week, further squeezes women out of an ever-shrinking public space that already sees them banned from traveling without a male escort and forced to wear a hijab or burqa whenever out of the home.

Schools for teenage girls have also been shut for over a year across most of the country.

“For the past 15 months, we tried our best to arrange and sort it out — and even specified the days,” said Mohammad Akif Sadeq Mohajir, spokesman for the Ministry for the Prevention of Vice and Promotion of Virtue.

“But still, in some places — in fact, we must say in many places — the rules were violated,” he told AFP late Wednesday.

“There was mixing (of men and women), hijab was not observed, that’s why the decision has been taken for now.”

The news was met with dismay by women and park operators — who invested heavily in developing the facilities.

“There are no schools, no work… we should at least have a place to have fun,” said one mother, who asked to be identified only as Wahida, as she watched her children play in a park through the window of an adjoining restaurant.

“We are just bored and fed up with being at home all day, our minds are tired,” she told AFP.