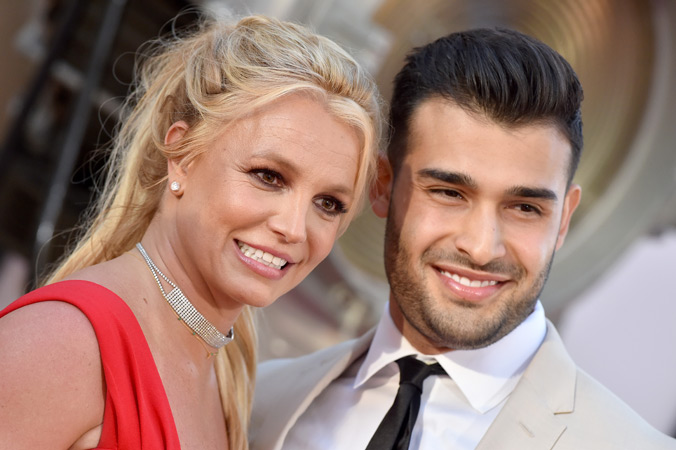 Britney Spears is holding Sam Asghari’s closer now that he’s back home. The “Toxic” singer shared her excitement over her husband’s return after being away for work by posting a workout video of her man on social media. “Here’s my husband !!! He’s been gone working !!!” Britney captioned a Nov. 8 Instagram post. “Supposed to be a week, but ended up being a whole month … it was really hard … he’s home now acting up … I know he’s pretty hot!!!”

In the video, Sam is shown with boxing gloves on, hitting a punching bag while Britney cheers on her husband from the sidelines.

The model later joked in the comments, “That doesn’t look like Sam. Where Sam?” before adding a follow up note saying, “You should breakup with him and come with me.”

Sam and Britney, who tied the knot in June after five years together, have continued to prove they’re each other’s No. 1 fans.

“My wife has never posted a nude selfie except of her butt is quite modest these days,” Sam wrote on his Instagram Story on Aug. 6. “All other posts were implied nudity can be seen in any ad for lotion or soap.”

He added, “There is no validity to his statement regarding the kids distancing themselves and it is irresponsible to make that statement publicly.”