‘The Crown’ — the worst of times 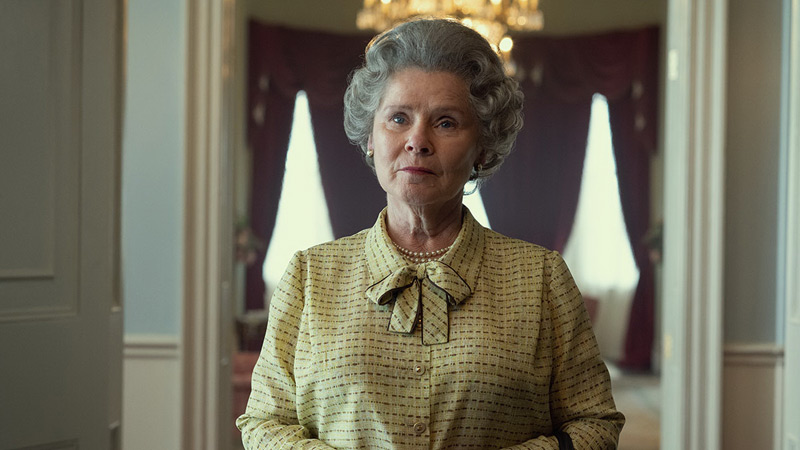 Has “The Crown” fatigue set in for you yet? Peter Morgan’s popular vivisection of the British royal family, back for its fifth season on Netflix after a two-year wait, has consumed more than its share of pixels, including three feature articles in this newspaper. So we’ll try to keep it short.

The show’s new and final Queen Elizabeth II is Imelda Staunton and she is splendid. Playing the monarch in her late 60s, coping with the 1990s meltdown of the family’s public image, Staunton seems even more right for the role than her Emmy-winning predecessors, Claire Foy and Olivia Colman.

It may help that she is playing an Elizabeth we’re more familiar with, facing tribulations many of us witnessed. Still, she combines warmth and unforced regality in a way that makes her the most human of the show’s queens. Her Elizabeth is dry-eyed and on guard, but the toll of the office is always apparent. Staunton is stunning in a moment near midseason when, after confronting a woman whose friendship with Prince Philip is a bit too close, Elizabeth almost lets a tear escape.

Staunton doesn’t get nearly as many vital moments as you would like, however. That’s partly because the season is focused on Charles and Diana, now played by Dominic West and Elizabeth Debicki. But it’s also down to how Morgan, who scripted the entire season, writes episodes as self-contained morality tales, emphasising the construction of complicated metaphors over the mundane business of building characters. So Staunton fades away at times, to the show’s detriment. She doesn’t have much to do in an episode about outsiders that ties together Mohamed al-Fayed; the Bahamian valet Sydney Johnson, who worked for both Fayed and the Duke of Windsor and Diana, who was later romantically involved with Fayed’s son Dodi. 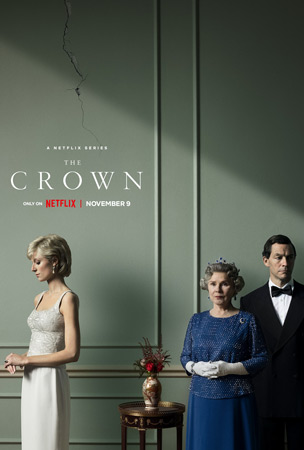 Morgan’s predilection for allusion and allegory is stronger than ever in Season 5. Diana’s revenge interview with the shady journalist Martin Bashir is linked, in elaborate fashion, with the Guy Fawkes plot, both of them attempts to set off bombs beneath the royal family. An episode is structured so that Elizabeth’s dealings with the Russian president Boris Yeltsin echo the cold war between her and Philip

Morgan acknowledges this tendency – when satellite TV is finally installed at one of her castles, Elizabeth tells her grandson William, “Even the televisions are metaphors in this place.” If the somewhat static rewards of this literary approach are your cup of tea, along with the requisite obsessive attention to details of period production design, all may be fine.

But even when you take it on those terms, Season 5 doesn’t have the life, the hard snap, of “The Crown” at its best. And that’s where Charles and Diana come in.

West and Debicki are, in different ways, both fine in the roles. West isn’t like the Charles we know – he’s more charismatic, more obviously commanding – but he’s a strong, absorbing screen presence, as usual and you understand why the show needed that. Debicki, on the other hand, gives an eerily accurate rendering of Diana’s physical and emotional affect and plays her in a recessive, watchful manner that holds your interest. The problem is that Morgan hasn’t figured these characters out, and his writing for them isn’t as good or as moving as it has been for Elizabeth and Philip, or for Margaret and her assorted lovers.

He presents the high points of the sad story – the scandals, the duelling interviews – with dramatic intelligence and a certain amount of stiff-upper-lip humour. But the two characters at the centre remain opaque; Morgan resorts to the same shallow, sentimental notions of love gone sour and family inflexibility that were the stuff of public mythmaking.

The idea of practical calculation is floated but rejected with regard to both Diana and her rival, Camilla Parker Bowles, presumably because the Princess Di story has to be a love story. But even as Morgan is telling us that’s what it is, it doesn’t feel like that’s what it is. The type of story that would really make sense of Charles and Diana would very likely have to be a wilder, harsher, more corrosive story than “The Crown” can afford to be.

Such a telling would probably trigger the supposed guardians of historical accuracy to an even greater extent than Morgan’s fictionalisations already do. History is, in general, the enemy of good storytelling, and Morgan can’t be blamed for putting words in people’s mouths; his characters are his, not ours, and many of the show’s best moments are those characters’ stirring, wholly invented lectures on one another’s bad behaviour. What’s actually interesting, from a historical standpoint, is how the show seems more fantastical even as it moves firmly into living memory. Given what we have lived through since the show’s premiere in 2016, the idea that these characters’ relatively prosaic misbehaviour and benign recriminations could bring down the monarchy feels like a story from a distant and very different past.