* Stewart's extended family, identified with the Aberdeenshire village of Fetterangus, is part of the Travellers, a group with a distinct culture and history 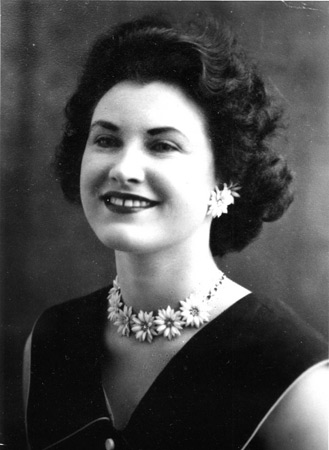 Elizabeth Stewart, a folk singer, pianist and composer who furthered the legacy of her musical family and the culture of the ethnic grouping known as Scottish Travellers through her recordings, performances and musicology, died on Oct. 13 in the village of Kemnay, near Aberdeen, Scotland. She was 83.

Thomas A McKean, director of the Elphinstone Institute at the University of Aberdeen, a centre for the study of folklore and ethnology, confirmed the death. No cause was specified. Stewart’s extended family, identified with the Aberdeenshire village of Fetterangus, is part of the Travellers, a group with a distinct culture and history. Many live an itinerant lifestyle, though the Stewarts were a “settled” Traveller family with a business dealing in secondhand goods when, in 1954, the Scottish folklorist Hamish Henderson came calling at the family home and began documenting the family’s rich musical history.

He recorded Lucy Stewart, Elizabeth’s aunt, and before long others made the same pilgrimage, including the American folklorists Kenneth S. Goldstein and Charles Joyner. Though Goldstein released an album of Lucy Stewart singing a selection of the traditional songs known as Child ballads in 1961, she did not generally perform for paying audiences or otherwise promote herself. It was left to Elizabeth to further the family’s musical heritage, singing the traditional songs of love, ghosts, war and hardship she had heard since childhood.

“Elizabeth was a peerless singer, pianist, storyteller, teacher, dealer and raconteur, as well as a unique player of Scottish traditional music on the piano,” McKean said by email.

“Behind her,” he added, “she had centuries of folk music tradition: the songs and ballads carried so well by Traveller communities across Scotland and further afield, the dance music and piping traditions of reels, strathspeys, jigs and marches.”

She became part of the folk music revival in Scotland in the 1950s and ’60s, playing in dance halls and hotels and, later, at folk festivals. At the same time, the United States was undergoing its own folk revival and the influence of the Stewarts and other musicians from northeast Scotland seeped into North American music.

McKean said artists like Joan Baez and Neil Young could trace their family roots to northeast Scotland. Others took a liking to the songs that originated in the region, including Bob Dylan, whose debut album, released in 1962, included “Pretty Peggy-O,” a version of the Scottish song “The Bonnie Lass o’ Fyvie.” The influence can also be heard in Appalachian folk music, which in turn influenced country music and early rock ‘n’ roll. “The northeast of Scotland is one of the most fertile areas for folk song anywhere in the world,” McKean noted, “home to thousands of songs and ballads composed by ordinary folk as they went about their work and to entertain themselves in the long winter evenings.”

Stewart recorded many of those songs on “Atween You and Me” and “Binnorrie,” a double CD released in 2004.

“Listen to her delivery of ‘The Gallant Rangers,’ ‘The Butcher’s Boy’ or even the humorous ‘Little Ball of Yarn,'” Mary DesRosiers wrote in a review of “Binnorrie” in Sing Out! magazine “and you can tell she comes from a tradition where the telling of the story is paramount.” Stewart also told her family’s story, interspersed with the music and lyrics for numerous folk songs, in a memoir, “Up Yon Wide and Lonely Glen: Travellers’ Songs, Stories and Tunes of the Fetterangus Stewarts,” compiled and edited by Alison McMorland and published in 2012.

Elizabeth Campbell Stewart was born on May 13, 1939, in Fetterangus, Aberdeenshire. Her father, Donald Stewart, was a soldier and later a laborer. Her mother, Jean Stewart, was a musician and bandleader who played multiple instruments but was especially known for her accordion skills.

Elizabeth’s mother led a band that was heard on BBC broadcasts, and by the age of 9 Elizabeth was joining her onstage and on the air. In addition to her aunt Lucy, Elizabeth’s extended family included skilled pipers and fiddlers. “Tunes hiv been whirlin aroon in the air an in ma heid an hairt since I wis a bairn, an I wis composing tunes an songs even then,” she wrote in her book. “At hame I’d hear my mother’s beautiful piano an accordion pieces.

I’d sit by my Uncle Ned’s fireside an listen tae his sweet fiddle airs, an I’d hear my ither uncles playin the pipes in the open air.”

But not everything was blissful at home. In her book, she described her father as physically and emotionally abusive toward her mother; once, she said, he sold her prize accordion without her knowledge.

Jean Stewart died in 1962, at age 50. Henderson’s visits in the mid-1950s brought the Stewart musicians wider fame, and he and Elizabeth became lifelong friends. Henderson suggested to Goldsmith that he come for a visit, and he did, in 1959, staying for the better part of a year.

About that time Stewart and her sister Jane reached a broader audience by contributing their versions of traditional folk songs to “Singing the Fishing,” one of a series of so-called “radio ballads” that mixed music and narrative. Radio ballads were innovative for the time in that they used actual villagers, rather than actors reading a script, to tell a story. “Singing the Fishing” was made by Charles Parker, Ewan MacColl and Peggy Seeger and was widely acclaimed, though the Stewart sisters’ musical contributions often went uncredited.

“The songs that were featured in the broadcast went on to become world famous, and you still hear them to this day,” Stewart told The Aberdeen Press and Journal in 2007. “It upsets me when you hear it sung the way we sang it all those years ago, because we never get the recognition. We took the traditional words and set them to modern, pop melodies. They sounded great, and they still do.”

In the early 1970s, Joyner arranged a tour of American colleges and folk festivals for Stewart. It was one of several trips she made to the United States.

Stewart, whose only marriage ended in divorce in 1971, is survived by her sister Jane; three children, Jeannette Stewart Reid, Elizabeth Morewood and Michael Hutchison; seven grandchildren and four great-grandchildren.

In his email, McKean recalled his first meeting with Stewart, at a folk festival in 1988.

“Standing in the lobby afterwards, she took my hand, looked me in the eye and sang to me, into me, and, it seemed, to me alone,” he said. “No one, and I mean no one, could put a song across like Elizabeth, sometimes so well that she herself couldn’t go on, overcome by the unfolding tragedy and by the constellation of family, history, love and emotional life that informs the songs.”