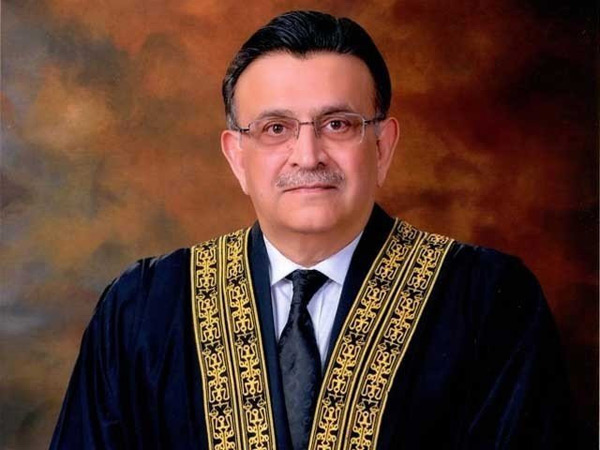 Chief Justice of Pakistan (CJP) Justice Umar Ata Bandial on Thursday said that the judiciary could not exceed the authority of the executive, and it could only ask the executive to fulfil its responsibility.

A three-member Supreme Court bench comprising Chief Justice Umar Ata Bandial, Justice Ijaz Ul Ahsan and Justice Syed Mansoor Ali Shah heard the case filed by Pakistan Tehreek-e-Insaf (PTI) Chairman Imran Khan against the recent amendments to the National Accountability Bureau (NAB) Ordinance. During the course of proceedings, the Chief Justice said that the judiciary could not use the authority of the Executive. Suo motu power had to be used with great care, he added. He said it had to be seen how the old law would be restored even if the NAB amendments were invalidated for conflicting with fundamental rights. Justice Mansoor Ali Shah remarked that there were other laws for accountability of illegal income. If the system was broken, even strict laws would not be effective, he added. He asked if everything was to be done by the judiciary, would it not be exceeding the discretion of the executive? He asked could the Judiciary play a super role on the failure of the executive?

He asked could the judiciary cross the line of separation of powers in protection of fundamental rights? He said that judiciary invalidated many actions of the administration and there were many court decisions in this regard. He said that many clauses had been removed from NAB amendments while the petitioner wanted that the removed clauses should be restored. This situation was different and unique from the past, he added.

Advocate Khawaja Haris counsel for Imran Khan while continuing his arguments said that NAB’s authority on illegal income was also abolished in the amendments. The amnesty scheme was only meant to whiten the black money, he added. He said that NAB had the authority to take action on illegal income under the amnesty scheme before the NAB amendments. On the laxity of NAB, the Supreme Court ordered investigations into the corruption cases, he added. He said that the Supreme Court constituted the joint investigation team (JIT) to investigate the fake accounts case. The court ordered legislation on the issue of army chief appointment, he added.

He said that the protection of fundamental rights was the responsibility of judiciary. Later, the hearing of the case was adjourned till November 14.