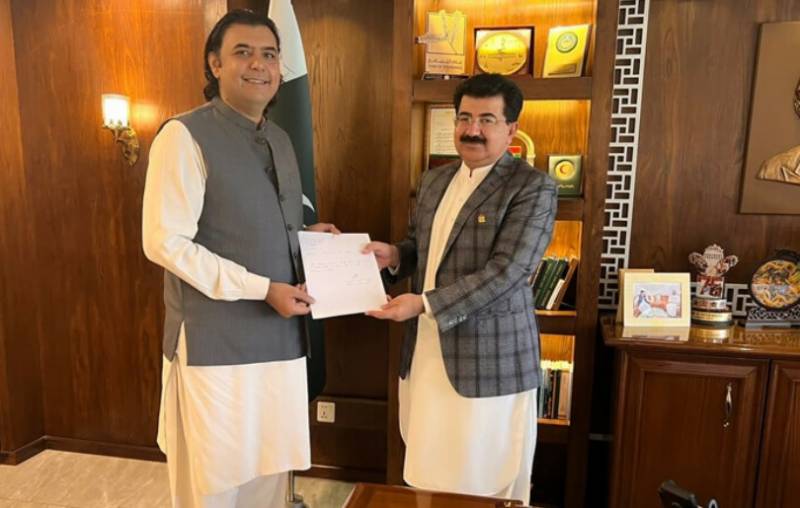 Pakistan People’s Party (PPP) central leader Senator Mustafa Nawaz Khokhar has formally resigned from his seat in the Upper House of the Parliament. He submitted his resignation to the Senate Chairman Sadiq Sanjrani on Thursday.

Mustafa Nawaz Khokhar announced on Tuesday that he will quit the Upper House of Parliament.

According to Mustafa Nawaz Khokhar, he was tendering his resignation on the directive of senior PPP leader Senator Farooq h Naik.

Allhamdulillah, I have formally submitted my resignation today. I’m thankful for the positive response & support across party lines which was far beyond my imagination. 1/2 pic.twitter.com/glexHx13Dm

In a tweet, Mustafa Khokhar said “I have formally submitted my resignation today. I’m thankful for the positive response and support across party lines which was far beyond my imagination.”

“For those who are speculating about my political future, let me state clearly that I’m not joining any political party. I will try hard to maintain my independence,” he added.

Khokhar announced his resignation on Tuesday through a tweet after meeting with senior leadership. He wrote, the party leadership “wasn’t happy with my political positions and wanted my resignation from the Senate”.

Met a senior leader from the party today. He conveyed that the party leadership wasn’t happy with my political positions and wanted my resignation from the senate. I gladly agreed to resign.

On August 18, PPP senator Mustafa Nawaz Khokar claimed to have seen visual evidence of “physical torture” on PTI leader Shahbaz Gill, calling the Shehbaz Sharif-led government “complicit” and “spineless” for failing to stop such an atrocity.

“[I] have seen very disturbing pictures of physical torture on Shahbaz Gill,” Khokhar, whose party is a part of the PML-N-led coalition government in Centre, tweeted. “No matter how much you disagree with or dislike him, a man’s dignity should not have been violated like this.”

Khokhar said that the government was either “complicit or spineless” for not preventing such an atrocity.

“Shame on us. Include the so-called Pakistan Democratic Movement in it too. Serving democracy by torturing political opponents. What a farce,” he added.