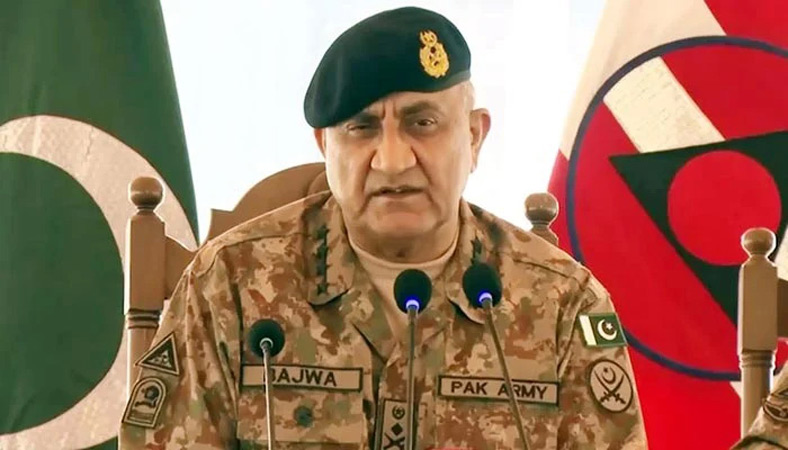 Chief of Army Staff (COAS) General Qamar Javed Bajwa on Wednesday directed the troops to always stay focused on their professional duties in the service of the nation.

On arrival at Peshawar Corps Headquarters, the COAS laid a floral wreath at Shahuada (martyrs) monument, an Inter-Services Public Relations (ISPR) press release said. Later, the COAS addressed officers and men of the Peshawar Corps, where he appreciated the formation for its monumental efforts in achieving peace and stability. “We owe it to the sacrifices of our shuhada for providing a secure and enabling environment for socio-economic development in newly merged districts in particular and KP in general,” the COAS said.Earlier, on arrival at Corps Headquarters, the COAS was received by Commander Peshawar Corps Lieutenant General Hassan Azhar Hayat.