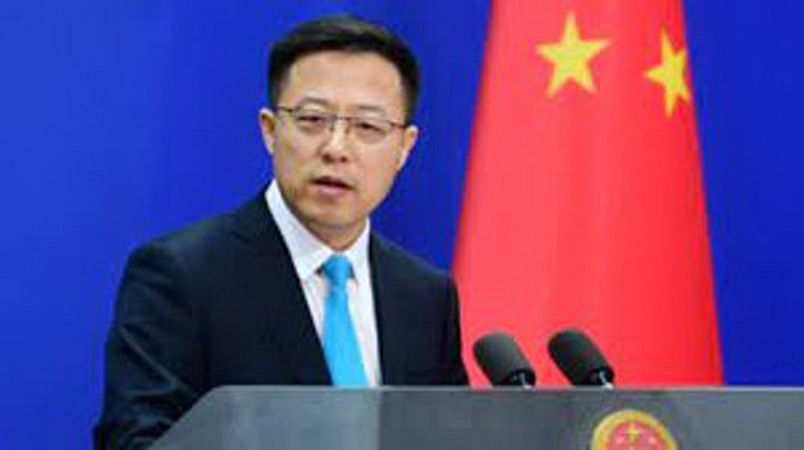 “We have worked in Pakistan for a long time. Based on my understanding, the Pakistani government and military there have been providing strict security protection for the Chinese projects,” he said during his regular briefing.

The spokesperson said that China and Pakistan had close communication and coordination over security matters. Zhao Lijian said that he was not aware of the media reports regarding use of bullet-proof vehicles for all outdoor movement of the Chinese nationals working on the China-Pakistan Economic Corridor (CPEC) projects. Meanwhile, Education Attache, Pakistan Embassy Beijing, Afifa Shajia Awais said around 20,000 Pakistani graduates from the Chinese universities are now engaged in diverse fields in Pakistan.

About 20,000 Pakistani graduates from China are now engaged in diverse fields in Pakistan, including engineering, social sciences, agriculture and healthcare, she told Xinhua. She said that China had become the top education destination for Pakistani students.

The latest data released by the Ministry of Education of China showed that around 21,000 Pakistani students are studying in Chinese universities. According to official sources, over 6,000 Pakistan students who were stranded in the motherland following the Covid-19 pandemic prevention and control measures were also returning to China to resume offline classes in the respective universities.

In August this year, Prime Minister Shehbaz Sharif in a telephonic conversation with his Chinese counterpart Li Keqiang discussed the issue of Pakistani students who were desirous of returning to China to resume studies. The Chinese premier had assured that China accorded high priority to this matter. As a result, the two sides agreed for phased return of the Pakistani students subject to the Covid-19 situation in China. Pakistan International Airlines (PIA) had also offered discounts for the students travelling to China to facilitate them to resume their education in China.