Reviving the left in Pakistan

Whether one disagrees with the programme and solutions put forth by the left for organising society or not, there is no denying that the existence of a credible left wing in a country’s politics is essential for a political balance in national discourse. Even otherwise it is the left wing in any country that produces its intellectual and cultural voices and creates that very important space for dissent and alternative points of view. The absence of the left not only deprives a country of people’s movements in the long run but also has profound effects in terms of art, music, culture and other forms of expression.

A country that cannibalises the left, as we did in the late 1970s and the 1980s, sees a narrowing of the secular space and erosion of reason. This is because the left intellectual is — unlike the right wing ideologue — always ready to engage in dialectics to resolve a question or a dispute. Once dialectics go out the window, so does all sense of decency, discourse and, subsequently, peace. There was a strong tradition of the left from the beginning in Pakistan. The Communist Party of India endorsed the creation of Pakistan and sent (perhaps naïvely) comrades to Pakistan to help usher in a socialist state, but there were more serious attempts as well.

In the early years after the creation of Pakistan, Pakistani politics began to undergo the inevitable process of realignment. The left wing within the Muslim League, comprising of Mian Iftikharuddin and Maulana Bhashani broke away to form their own parties. Mian Iftikharuddin formed the Azad Pakistan Party while Maulana Bashani founded the Pakistani Awami Muslim League in conjunction with Hussain Shaheed Suhrawardy, another former Leaguer. Suhrawardy was decidedly a pro-west politician and that led to a break between Suhrawardy and Bhashani. The Awami Muslim League went on to become the secular Awami League after several iterations.

Another political party that emerged over this time was Ganatantri Dal, a secular, left political party formed by former Muslim League stalwart and General Secretary Mahmud Ali. Meanwhile Bhashani joined hands with Mian Iftikharuddin’s Azad Pakistan Party and pro-Congress Khudai Khidmatgars of Bacha Khan as well as Abdul Samad Achakzai from Balochistan to form a new party called the National Awami Party (NAP). This party became the big tent party for the left. Bacha Khan’s brother, Dr Khan Sahib, meanwhile joined hands with Iskandar Mirza and the establishment to form the Republican Party. The Muslim League itself was reduced to mere husk and a decidedly centre-right party after its left wing began to reorganise elsewhere. The NAP and parties from across the spectrum came together to support Fatima Jinnah’s unsuccessful candidacy in 1964.

Zulfikar Ali Bhutto formed the Pakistan People’s Party (PPP) in 1967 after having rejected the option of joining the NAP. At the time, NAP had gone through a major split between the pro-Maoists led by Bhashani and pro-Soviets led by Wali Khan over the issue of Fatima Jinnah’s bid for the presidency. Wali Khan had chosen to support Fatima Jinnah while Bhashani had de facto sided with Ayub Khan. With the coming of the PPP, most progressives switched from NAP to PPP, leaving the NAP-Wali Khan group an exclusively Pashtun nationalist party that today continues in the form of the ANP. Through the 1970s, the NAP-PPP conflict further eroded the left’s political space that was all but crushed by General Zia’s regime in the 1980s. We need not go over the permutations of the 1990s but, needless to say, even the politics of the 1990s further damaged the left’s ideological base in Pakistan while politicians played politics at the national level.

This trend continued in the 2013 elections where, owing to the Tehreek-e-Taliban’s (TTP’s) involvement, the centre-right PML-N and right wing parties like the PTI control politics, with the PPP, much like the NAP of the 1970s, being reduced to a regional ethnic party instead of the national federal party it was. This is a disturbing trend and requires the PPP to reinvent itself as a national big tent left party, which is easier said than done. While it is a very difficult task, it is not an impossible one. First and foremost, the PPP needs a socially progressive agenda. Bilawal Bhutto Zardari has already articulated the silhouette of this agenda by coming out guns blazing against religious extremism. Religious extremism is the number one issue that faces Pakistan today. It is this one point thing that will resonate with the left and liberal groups in this country. However, merely the Bhutto name is not going to revive the PPP.

The PPP should actively reach out to the groups alienated by it. The newly formed Awami Workers Party may be cajoled into coming into a broad based alliance with the PPP at the Centre. The ANP can also be asked to ally with the PPP while retaining its own identity in Khyber Pakhtunkhwa. Sindhi nationalists, Baloch nationalists and other Pashtun nationalists must be approached with an olive branch.

The most important thing is that there has to be a broad-based agenda that unites not just the left but liberals as well on one platform. The revival of the left benefits not just those who agree with the politics of the left but also all those who want to see Pakistan a progressive and peaceful society based on reason. Saving the secular space and voices of dissent in Pakistan has to be the common point between these varied groups that otherwise may share no commonalities in goals, methods or ideologies. If the left and the liberals do not rise above mutual pettiness, they may well become extinct in the coming future. 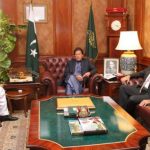 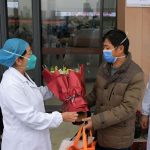 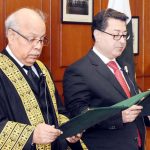 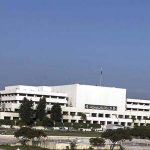 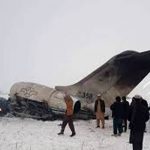