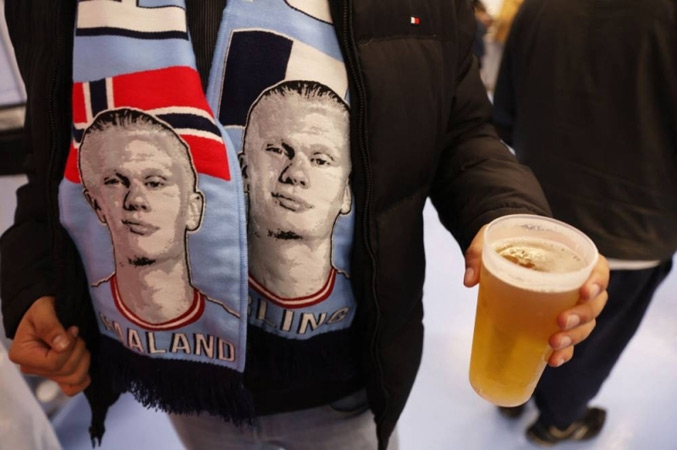 LONDON: Fans at Premier League matches could be drenched with a “lager shampoo” if the ban of drinking alcohol in stands is lifted, according to football policing chief Mark Roberts. Supporters are currently prohibited from consuming alcohol within sight of the pitch during English top-flight matches. There are calls to overturn the law which has been in place since the worst days of football hooliganism in England in 1985. But Roberts said claims that removing the ban, which has been suggested as a remedy for fans turning up late to stadiums after drinking in local pubs, would actually cause more problems.

The chief constable said supporters in stadiums could be subjected to scenes similar to those witnessed in BOXPARK, a venue where fans without tickets for matches can gather. Drinks are routinely thrown wildly in the air by fans in BOXPARK when a goal is scored. “I don’t accept the argument (to lift the ban) at all,” Roberts said while giving evidence at a Digital, Culture, Media and Sport Committee hearing on Tuesday. “People would still drink to excess outside, but then arrive and carry on drinking. And so you’d afford them 90 minutes extra time to drink. And more alcohol causes more problems. “You’d have that many problems, they’d have to pay for more police in stadiums to deal with the issues. You then have the issues of people throwing beer in the air, which you see all the time at BOXPARK and the like. “So if you’re there with the family, and every time a goal goes in you get a lager shampoo, it doesn’t make it conducive to going.”