Greece’s state hydrocarbons company said on Tuesday it would conduct seismic surveys for natural gas this winter, amid efforts by Athens to increase its energy independence. “The surveys will take place during the coming winter months, in order to minimise any environmental impact,” the national hydrocarbons and energy resources corporation (HEREMA) said. Areas in the north Ionian Sea, and the west and southwest of Crete have been earmarked for the surveys, the company said. Conservationists say whales and other cetaceans are acutely sensitive to noise pollution from human activity, and seismic research can cause them hearing damage and stress. In February, several Cuvier’s beaked whales washed up on coasts during seismic exploration in the Ionian. The hydrocarbon management agency denied the beaching was caused by its activities. HEREMA said that for the forthcoming gas surveys it would employ a so-called “soft start” protocol “to ensure that marine mammals can temporarily depart from the seismic survey area prior to its commencement”. This included a 30-minute waiting period before the start and end of each exploration activity, and acoustic monitoring of underwater sounds to measure sea noise levels and detect the presence of marine mammals. Greece has been repeatedly referred to the European Court of Justice over its failure to protect its natural habitats and wildlife. 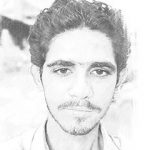