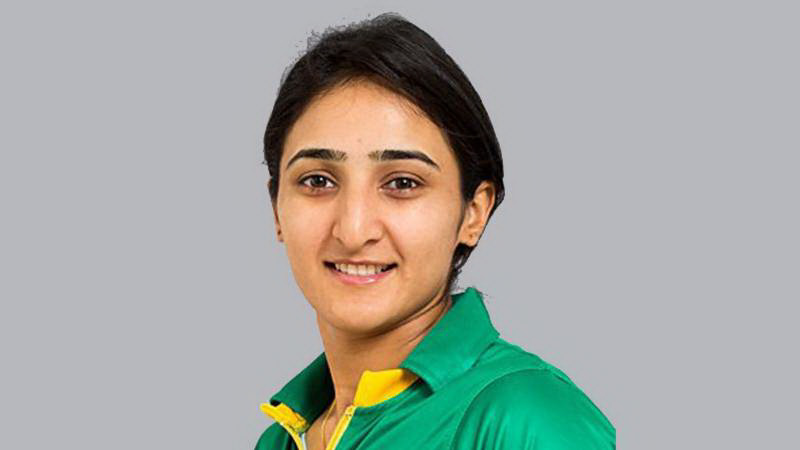 LAHORE: Pakistan are fully focused on winning the third and final ODI and with it clean-sweeping Ireland when the two teams line up for the last time in the ODI series at Gaddafi Stadium in Lahore here on Wednesday (today). The match will be live-streamed on PCB YouTube, with the first ball to be bowled at 0930am. After the ODI series, both sides will meet again in the three T20Is at the same venue from November 12 to 16. The three-match ODI series are part of the ICC Women’s Championship 2022-25 and the home side will be eager to end the series collecting all six points on offer. Pakistan have played five matches till date in the ICC Women’s Championship 2022-25, three against Sri Lanka this year and winning two of them,
and are currently on the second spot in the ICC Women’s Championship with eight points. India are leading the chart with 12 points from six matches.

Opening batter Sidra Amin – who has scores of 176 not out and 91 not out from two outings in the series and was named player of the match in both matches – will be looking forward to play another match-winning innings for her side and completing a hat-trick of player of the match awards. During the final ODI, Pakistan captain Bismah Maroof will enter the record books as the country’s most capped player in women’s ODIs. She has till date featured in 120 ODIs and Wednesday’s ODI will be her 121st appearance, taking her past Sana Mir’s 120 ODIs.

Lahore-born Bismah made her ODI debut at the age of 15 against India in Jaipur in the Women’s Asia Cup in December 2006. Her 43 runs in the match was the second-highest score for the side after Sajjida Shah’s 44. In 120 ODIs, Bismah has scored 2,960 runs (most by a Pakistan batter in the format) at 29.89, which includes 17 half-centuries. Bismah captained the ODI side for the first time in 2013 and has led the team in 30 ODIs, scoring 958 runs. She requires another 42 runs to become the second Pakistan captain after Sana Mir (1,069) to score 1,000 ODI runs as skipper. Under Bismah’s captaincy, Pakistan have won 15 matches, lost 13 matches, and tied one match, while one game was abandoned due to rain.

Reflecting on her journey, Bismah Maroof said: “It is a great honour to represent Pakistan. After becoming a mother and since my comeback, I am grateful to my parents and my husband who have supported me in continuing my cricket journey. I have played a lot under Sana Mir, she was an inspirational leader, helping in grooming most of us and we all have learnt a lot from her. I have remained vice-captain under her and it helped me improve a lot.”