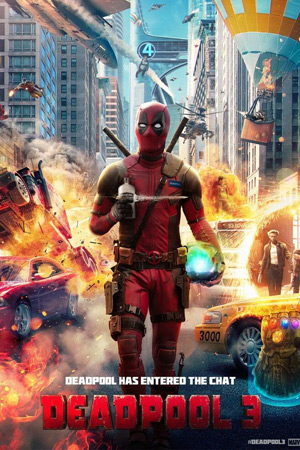 Ryan Reynolds revealed in an exclusive interview with The Collider, Hugh Jackman wanted to return to his X-Men character and called him at the perfect time.

Jackman would be returning to reprise his role as Wolverine in the new movie. The actor had retired from the iconic role after he appeared in 2017’s acclaimed film Logan directed by James Mangold.

While the movie announcement alluded that Reynolds pulled Jackman into the project. The Deadpool actor revealed the interview, that it was actually perfect timing and Jackman’s own interest that made the collaboration possible.

“I think you’re giving me too much credit. I don’t believe that I’m responsible for Hugh coming back,” said Reynolds. “I always wanted Hugh to come back.”

“My first meeting with Kevin Feige when Disney bought Fox years ago, maybe three years ago, or three and a half, four years ago, I’m not sure, was about doing a movie with the two of us, a Deadpool Wolverine movie. And that was not possible at the time,” he continued.

“And then Hugh just happened to call at that perfect moment and express that he’d be interested in coming back and doing this one more time.”

Reynolds elaborated that once Hugh expressed his desire to return, it was then that he took it up with Kevin Feige one more time to make it happen.

“It’s not like adding Hugh Jackman to a movie like this is a hard sell. It’s an immediate and emphatic, unqualified yes,” shared Reynolds.

“It’s a lot of moving parts and Fox and X-Men and all that kind of stuff that Marvel needs to sort through. A lot of red tape in order to make that happen. And they did it.” Reynolds mentioned that it was a dream come true to work with the X-Men star.

“And I’m really grateful that they did it, because for me, working with Hugh is a dream come true. But working with Logan and having Logan and Wade together in a movie is beyond any dream I would ever be audacious enough to have. So, I’m really, really super fucking excited to do this film.”