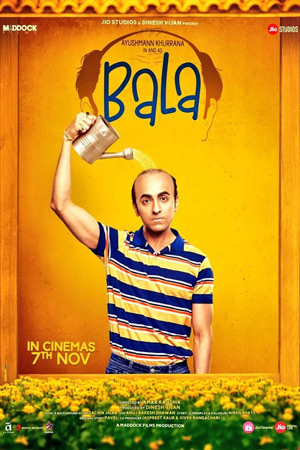 Yami Gautam Dhar is a timeless beauty but more than anything, she is a talented actress. Lately, she has been proving her mettle with back-to-back critically acclaimed films but three years ago, Yami Gautam Dhar came with a film named ‘Bala’ which panned out her penchant for picking offbeat scripts which also starred Ayushmann Khurrana and Bhumi Pednekar alongside her.

The film, which was made on a decent budget, set the cash registers at the domestic box office buzzing. The film successfully crossed the Rs 100 crore mark and became one of the most successful films of the actress. Today, the film marks 3 years of its release and Yami recalls how ‘Bala’ changed everything for her.

Taking to social media, she wrote “Looking back with a heart full of love and gratitude for the film and Pari Mishra! A character that changed everything for me ever since! Thank you @amarkaushik 3years of #Bala”

Yami Gautam Dhar has been unstoppable this year. She has given films like ‘A Thursday’, and ‘Dasvi’ along with the premiere of her recent film ‘Lost’ which opened at Chicago South Asian Film Festival and won a standing ovation from the audience. Meanwhile, on her plate ahead, she has more power packed performances lined up with projects like ‘Chor Nikal Ke Bhaga’ which is also all set to hit the digital screens soon she will also be seen in ‘OMG2’ and ‘Dhoom Dham’ among other projects.