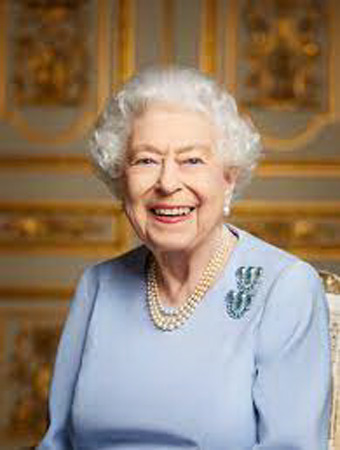 The comedian asked John for information about Rishi Sunak who Oliver said was “wealthy beyond any real realistic expectation”.

John banged on the desk in hysterics before he said: “It did. I don’t want to hear any (expletive) from CBS’s lawyers here.

“It did. Liz Truss, through her curtsy, killed the Queen, because the Queen looked at Liz Truss, thought, ‘You know what, I don’t want to do this anymore and died. That’s what happened.”

Stephen added: “That’s a fact. That is a verifiable blue check on that fact right there.”

“I’ve got eight dollars on me right now, you can blue-check that fact,” Oliver replied, in reference to Elon Musk’s plans to make Twitter users pay to be verified on the platform.”