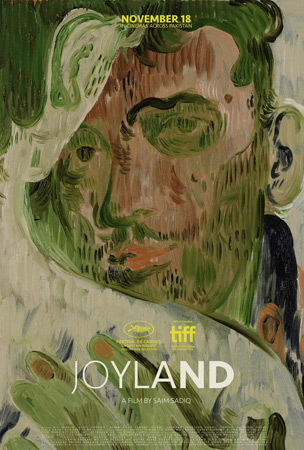 Pakistani film Joyland director Saim Sadiq admitted that he was a bit “nervous” about the Pakistani audience reaction to the movie.

During his conversation with Variety film critic Guy Lodge, Saim weighed in on the massive attention the film has been garnering since its teaser.

“Initially, it was a bit overwhelming, because when the news came out about Cannes and then the award particularly, it was a bit jarring for me because I was like, ‘I’m not sure how this film’s going to be received,'” he said.

The director, who bagged the Jury Prize at the 75th Cannes Film Festival, said that he was hesitated to label the film as “queer cinema”.

“There was a [Pakistani] film where there was a child who turns out to be a transgender, and it was a family drama, but it was a small part of the narrative,” Saim explained.

“It was received with some controversy, but largely very well received. But again, it didn’t really take a queer cinema turn. It was very much a social issue, hot-button topic kind of cinema turn,” the film maker explained. Joyland is scheduled to release in cinemas on November 18, 2022.