Pique’s parents open up about his split with Shakira 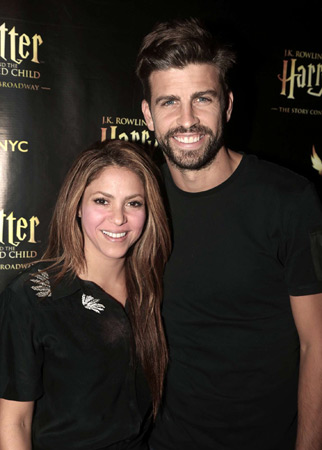 Gerard Pique parents, Joan Pique and Montserrat Bernabeu, broke their silence on the painful separation of their son from Shakira.

The couple also dished on his retirement from FC Barcelona after a 25-year-long career just five months after he parted ways with the Waka Waka hitmaker.

“He is leaving Barça now because he doesn’t want to leave through the back door,” his mom and dad told Lorena Vasquez according to a report by Marca Magazine.

“He needs to be calm to solve his problems with Shakira,” they added.

This comes after the former lovers reached an out-of-court settlement in their kids’ custody case as Pique has ceded to Shakira’s wishes.

As per the agreement, the Columbian singer will take her boys, Sasha and Milan, to Miami after Christmas while the footballer gets visitation rights to see his kids whenever he wants.

Pique and Shakira announced their breakup in June this year after an 11-year-long romance without disclosing the reasons behind their shocking split.