Humayun Saeed finally opens up about his Netflix debut 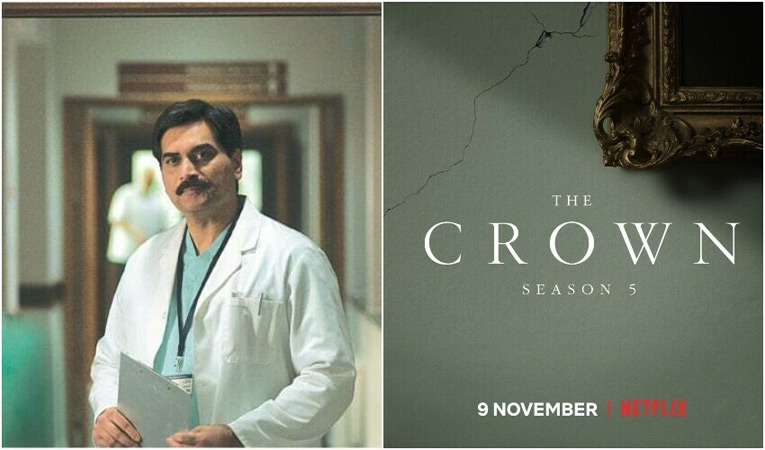 After hiding for months, the Pakistani heartthrob, Humayun Saeed at last opened up about his character in the upcoming season of The Crown.

In an interview, the famous Pakistani actor shared his experience on the sets of The Crown.

Saeed said he sent his audition through his talent agent to the makers of the show and said he was pleasantly surprised after he got to know that he had auditioned for The Crown.

He said that he signed an NDA (non-disclosure agreement), due to which he could not discuss his role with anybody.

The London Nahi Jaunga actor will be playing Dr Hasnat Khan – the love interest of the late Princess Diana – opposite Elizabeth Debicki.

While talking about his character, he said, “Before filming began, I got to do a workshop with a real surgeon in the UK to understand how a surgeon would behave and react on the job.”

He added, “Dr Hasnat Khan is a very private person, which was why he and Princess Diana broke up – he couldn’t handle being in the limelight. Due to this, there is very limited material on him available in the public domain. So I had to study whatever was shared with me in detail.”

He said that he was nervous when the filming of the show started but his co-actor was confident that they will do a great job.

“I told Elizabeth I was nervous before we started filming, and she told me that, until our rehearsal, even she had been nervous, but now she was confident that we would do a great job. This definitely helped!” Saeed said.

He also shared how he felt about doing a non-glamorous character as he has always been cast as a protagonist in dramas and movies. He said, “I would sometimes try to push up my hair right before a scene, but the stylists on set would immediately notice, and they would put my hair back in place. When I saw myself on screen for the first time, I was completely taken aback! I didn’t look like Humayun Saeed at all, but like the doctor.”

The much-awaited season five of The Crown will be released on the OTT platform Netflix on Wednesday, November 9.