* This takes the film's total collection to Rs 4.6 crore in two days 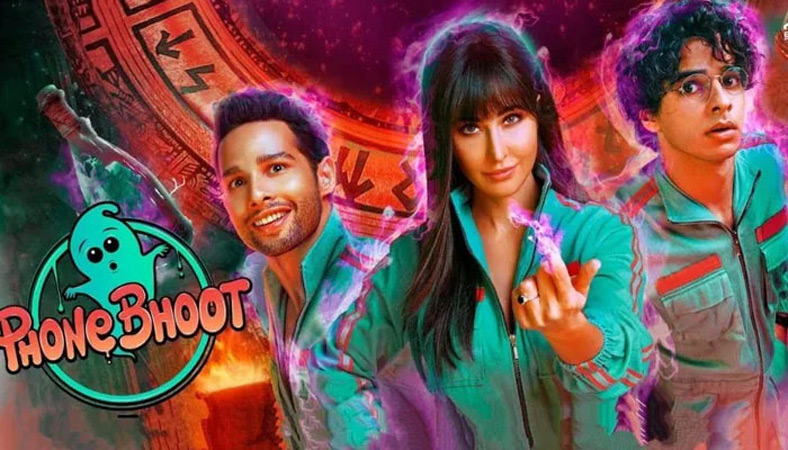 Katrina Kaif’s recently released horror comedy film Phone Bhoot had a forgettable second day at the box office as the film collected INR 2.5 crore on the second day of its theatrical release, as reported by Hindustan Times.

As per reports, the film collected INR 2.55 crore on its second day in theatres. The film clashed with Sonakshi Sinha’s Double XL and Janhvi Kapoor’s survival drama Mili which collected INR 30 lakh and INR 60 lakh, respectively, on the second day.

This takes the film’s total collection to INR 4.6 crore in two days. Considering the current numbers, the film will be soon pulled out of theatres if it doesn’t pick up pace in the coming days.

Phone Bhoot’s business is expected to pick up in the coming days as the reviews coming out of the film have been positive.

Phone Bhoot is a horror comedy which stars Siddhant Chaturvedi, Katrina Kaif, and Ishaan Khatter in the lead roles and has its theatrical release on November 4. The film is written by Ravi Shankaran and Jasvinder Singh Bath and directed by Gurmmeet Singh.