SC looking at legal issues only in Rekodiq case: CJP 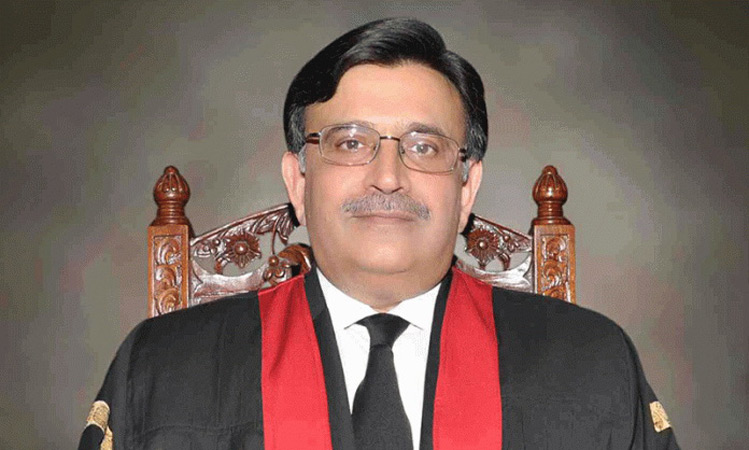 Chief Justice of Pakistan (CJP) Justice Umar Ata Bandial on Monday said that the Supreme Court was looking at legal issues, not financial ones, in the presidential reference regarding Reko Diq.

The president – on the advice of Prime Minister Shehbaz Sharif had filed the reference to seek the top court’s opinion on the Reko Diq settlement agreement.

During the course of proceedings, the Chief Justice asked what assurance Barrick Gold Company wanted from the Supreme Court?

He said it had to be seen what Pakistan would get from Reko Diq project?

He asked in which country would the raw minerals from Reko Diq be refined?

In the briefing given by the Federal and Balochistan government to the Supreme Court, foreign experts said that an investment of 8 billion dollars was necessary in the agreement. If the Government of Pakistan and Balochistan wanted to benefit, then investment would also have to be made, they added.

They said that Reko Diq had two phases in its current contract, the first phase of the Reko Diq contract was for 5 years, while the profits would start in the second phase. They said Pakistan to invest 4.3 billion dollars for 5 years while Barrack Gold Company had mining expertise. If Barrack Gold did not have the expertise or had a better company than them, Pakistan could have contracted with another firm, they added.

They said that no other company in Pakistan’s public sector could get such a good contract except Barrick Gold. The mine life at Rekodiq was 47 years while the Rekodiq contract would produce 400 tonnes of copper per year, they added.

The Additional Attorney General said that the total benefit to the government of Balochistan from Rekodiq Agreement in 40 years would be 32 billion dollars. The ore extracted from Rekodiq would be refined by the best offering company, he added.

On which the Chief Justice said that it meant the government of Pakistan and Balochistan would have to invest 4 billion dollars out of 8 billion dollars.

Justice Yahya Afridi remarked that the court was informed that the current contract of Reko Diq was the best in the current circumstances. He asked whether Pakistan tried to negotiate a deal with any other company except Barrack Gold Company? Justice Ijaz ul Ahsan questioned whether Pakistan could enter into a reko diq contract with another company under the penalty of $10 billion. Subsequently, hearing of the case was adjourned till Tuesday.