Not YOU, but public: IMRAN ANNOUNCES TO RESUME LONG MARCH TOMORROW

* PTI chief says if a former PM can’t have FIR filed, what hope there is for common man
* Islamabad calls back Sindh police and FC after PTI chief’s announcement of long march resumption 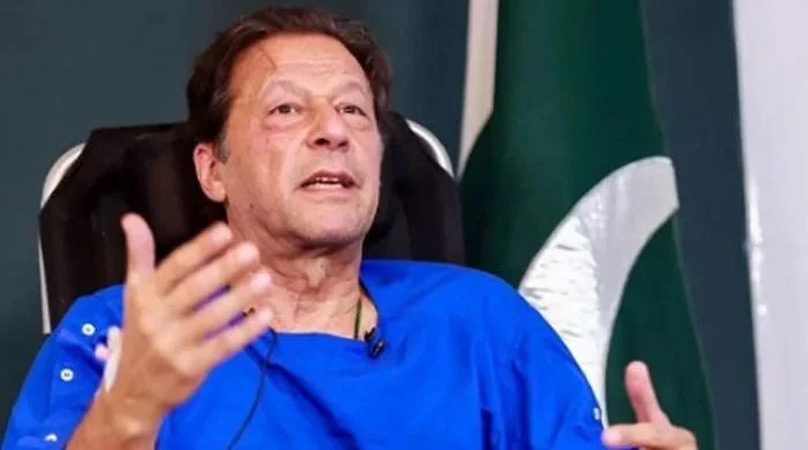 PTI chief Imran Khan Sunday said that his party would be resuming its march to Islamabad on Tuesday, November 8, and he will join the protestors from Rawalpindi. “We have decided that our march will resume on Tuesday from the same [point] in Wazirabad where I and 11 others were shot, and where Moazzam was martyred,” Imran said. “I will address the march from here (in Lahore), and our march, within the next 10 to 14 days, depending on the speed, will reach Rawalpindi.

Khan called on his supporters to reach Rawalpindi as an announcement of the long march’s resumption, saying that the reason the Pakistani nation is treated as beggars is not because of the lack of resources but due to a lack of justice. “It is time to realise Haqeeqi Azadi. All of you should come and reach Rawalpindi when I join the party and lead [the march.” PTI Chairman Imran Khan has reiterated that he holds responsible three men for the attack on his long march container, saying that he has every right to have them nominated in the FIR. “I fully believe that these three have done this (attack) through a conspiracy.

It’s my right [to register case]. I’m the leader of biggest political party and ex-PM and if I can’t get his name in the FIR then I ask what [rights can be expected] for the nation and for the common man?”

PTI Chairman Imran Khan has said that authorities in Punjab are refusing to file an FIR over the attack on his container unless he removes the military official’s name from it. “It’s been three days and Punjab government – which is a coalition government – but despite that we have not been able to register an FIR because they say ‘its okay we are ready [to file] against PM and Interior Minister but you can’t do it for that army general.'”The PTI announced that it will lead a protest on Monday in Lahore outside the Governor House at 7pm. The party wrote on Twitter that the central leadership will also address the protest. The Islamabad police has called back the Sindh police and Frontier Constabulary forces to the federal capital. PTI Chairman Imran Khan earlier announced that the party’s long march to Islamabad would resume on Tuesday. Meanwhile, PTI chairman has reached his residence in Lahore after being discharged from Shaukat Khanum Hospital.