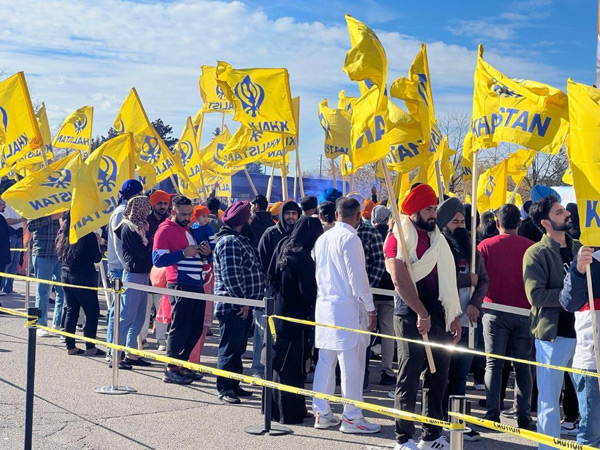 TORONTO: Despite vocal protest by Narendra Modi’s government and fierce opposition from Canadian Hindutva groups, in a massive turn out more than 75,000 Canadian Sikhs voted in Khalistan Referendum Phase II in Mississauga, for the secession of Punjab from India to create an independent Sikh homeland.
While the voting opened at 9:00 am under the supervision of Punjab Referendum Commission (PRC), Sikh men and women from Greater Toronto Area (GTA) lined up since 6am to cast their votes at the Paul Coffee Arena, Mississauga, a Canadian Government owned and operated facility.
The November 6 Khalistan Referendum voting drew a counter protest by a handful of Canadian Hindus who carried Hindutva symbols and were sloganeering that under Modi’s leadership they will make India a “Hindu Country”.
Gurpatwant Singh Pannun, the SFJ General Counsel stated that “today Canadian democracy won and Modi’s fascism lost because Prime Minister Justin Trudeau’s Government stood with the Sikhs’ right to freedom of expression in the face of immense pressure from all Indian quarters”. 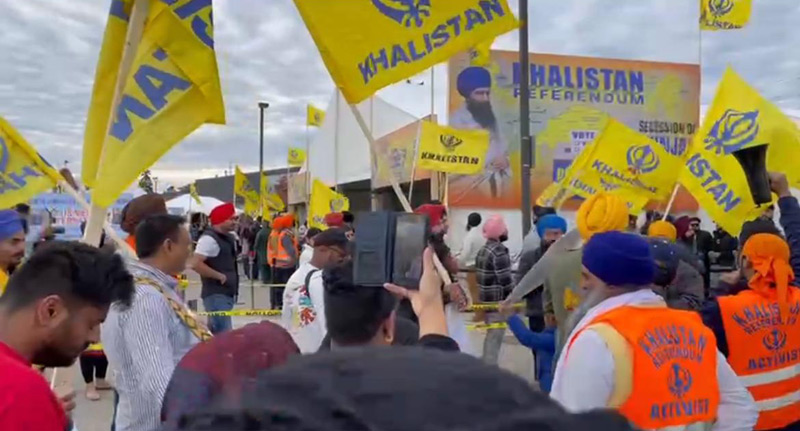 The New York based lawyer said: “After 110,000 votes on September 18th voting, 75,000 plus Canadian Sikhs once again proved their resolve to liberate Punjab from Indian occupation to create Khalistan in line with aspirations of thousands of Sikh martyrs who have laid down their lives for the cause.”
The second phase of Khalistan Referendum was announced by Sikhs For Justice (SFJ) after over 110000 Canadian Sikhs participated in the first phase of Khalistan Referendum on 18 September 2022 and several thousands were unable to cast their votes due to a huge turnout and closure of the voting process at 5PM.
The Khalistan advocacy group Sikhs For Justice, which is spearheading the Khalistan Referendum campaign aimed at garnering support at the international level for separation of Punjab from India and declaring it a separate homeland for Sikhs, had started preparations for the second phase of referendum soon after the September 18th voting. 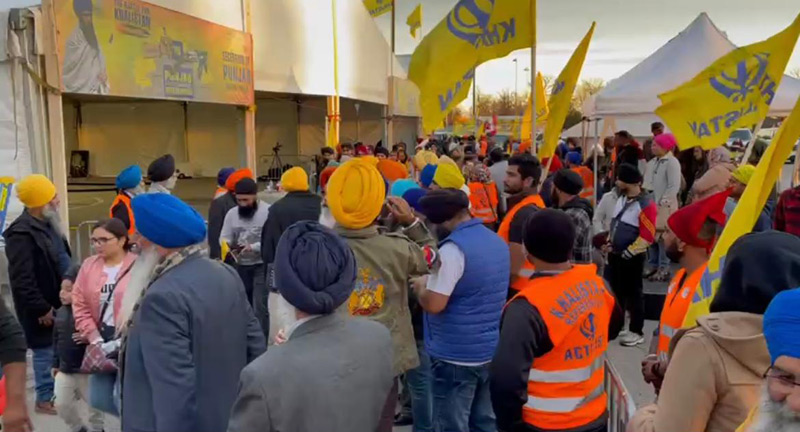 In the wake of Sept 18 voting, India and Canada have been at war. The government of Justin Trudeau issued the travel advisory exactly four days after India issued an aggressive advisory on 23rd September for its students either living in Canada or planning to travel to Canada, telling them that Canada had become a hub of Khalistan supporters and anti-India activities.
In an unprecedented move, Canada advised its citizens to avoid all travel to areas in states of Gujarat, Punjab and Rajasthan, which share a border with Pakistan due to the “presence of landmines” and “unpredictable security situation”.
India’s External Affairs Ministry Spokesperson Arindam Bagchi said India had raised with Canada serious concerns on the Khalistan Referendum voting on 18 September in Brampton.
India’s External Affairs Ministry termed the Khalistan Referendum conducted by the SFJ as a “farcical exercise” and added that India had deeply objected that “politically motivated exercises by extremist elements” are allowed to take place in a friendly country like Canada.
India became agitated after Canada told India that any peaceful and legitimate activity by Canadian Sikhs will not be stopped and the Canadian govt will not get involved.