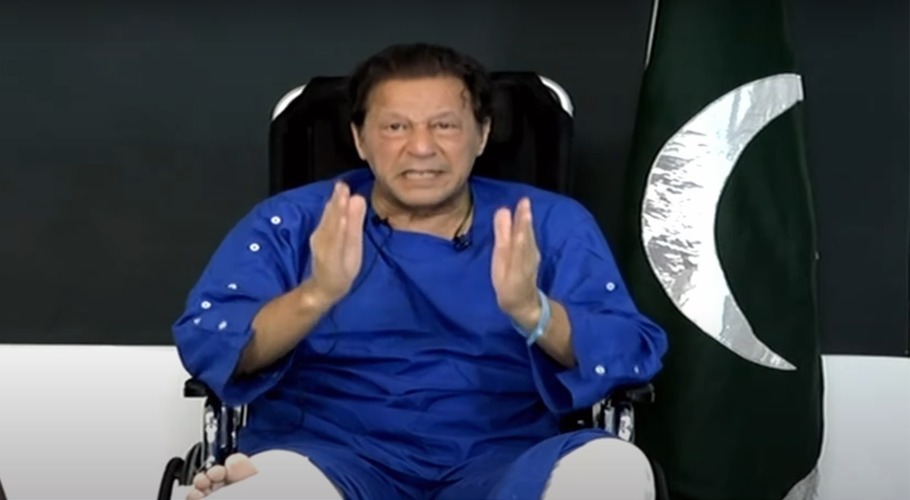 Former premier and Pakistan Tehreek-e-Insaf (PTI) Chairman Imran Khan announced Sunday that his party’s long march will resume on Tuesday (November 8) from the “same place where he was shot in Wazirabad.

“I fully believe that these three have done this (attack) through a conspiracy. It’s my right [to register case]. I’m the leader of the biggest political party and ex-PM and if I can’t get his name in the FIR then I ask what [rights can be expected] for the nation and for the common man?”

However, he said that a “free and fair probe cannot take place as those he holds responsible control all the agencies.”

“How can we have an impartial and fair investigation? It cant happen. That’s why I asked them to resign so the investigation can be fair.”

“I do not have the right to remain [in my position] for even one second if I or others have any role in this conspiracy,” the premier said while addressing a press conference in Islamabad on Saturday.

“If there is even some minor proof against me, I will leave politics forever.” He said the formation of the full court commission was in the best interest of the country. “I will request this in writing,” he added.

In his first address after the assassination attempt on Thursday, Imran said he would give another call for a long march toward Islamabad as soon as he recovers from the bullet injuries.

“I would take to the streets as soon as I am discharged from the hospital, and lead the long march towards Islamabad,” Imran said as he spoke to the media from Shaukat Khanum hospital in Lahore, where he is currently under treatment.

The PTI chief said he had learned about the looming danger beforehand. “I had already learned that there was a plan in place to kill me somewhere between Wazirabad and Gujrat,” he said.