Enchanting Chantilly — inside the creme de la creme of French chateaux, which boasts magnificent gardens designed by the landscape architect behind the Palace of Versailles 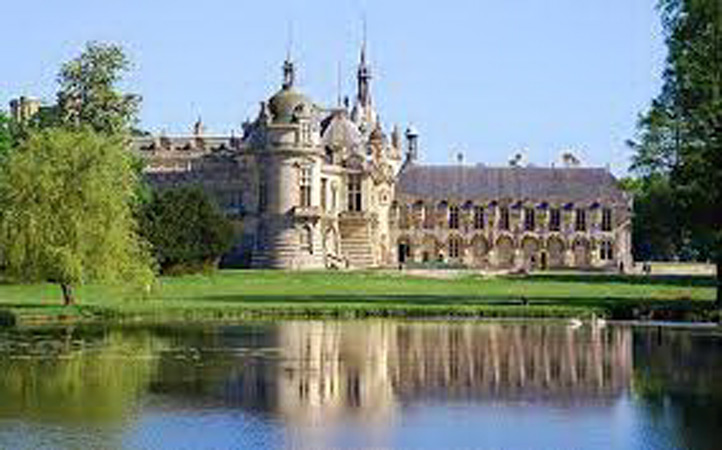 What comes to mind when you hear the word ‘chantilly’? Is it the sweetest of creams, oozing from the squishy interior of a profiterole or choux pastry, or perhaps the finest of black lace, its intricate layers frothing and flouncing over a crinoline skirt?

Your first thought probably isn’t of a Renaissance castle that looks every bit like it belongs in the Loire alongside other regal palaces.

Yet the Chateau of Chantilly is where it all began in this unassuming little town in northern France. It was here that Francis I’s constable of France, Anne de Montmorency, built the Petit Chateau; the later Bourbon-Condé dynasty added a stonking great extension, the Grand Chateau. Louis XIV’s cousin, the Grand Condé, made his home an intellectual centre for fashionable society in France and today, France’s finest collection of Old Masters outside the Louvre can be found in the chateau’s Condé Museum.

It’s clearly worth a visit. Add a bit of cream and lace and you have the recipe for a perfect weekend break, particularly as Chantilly is easily reached by train: alight from the Eurostar at Paris Gare du Nord and it’s a simple change of platforms before the 30-minute onward buzz. Once in town, everything is easy to walk to, starting with the castle, just 25 minutes from the station across the renowned racecourse. Don’t be fooled by the majestically proportioned stables; the chateau proper is just a little further on.

The magnificent building on show today was largely rebuilt after the French Revolution by Henri d’Orléans, Duke of Aumale and son of the last king of France. Wander through the elegant interiors to see paintings by everyone from Raphael to Van Dyke, 19,000 books and fine furniture which the duke amassed during his 23-year exile in England. You can spot Henri’s monogrammed initials everywhere, and, more surprisingly, primates hunting, dancing and playing instruments everywhere on the Monkey Room’s white and gold walls. The gardens are similarly impressive, with a rare example of a parterre that is off-centre to the chateau, and a series of lakes, waterfalls and fountains that were extraordinary for the period. It’s no surprise to hear they were created by André Le Nôtre, who designed the grounds of Versailles, the water features the result of a specially designed hydraulic system. Le Nôtre was particularly proud of them. ‘Remember all the beautiful gardens in France, Versailles, Fontainebleau, Vaux-le-Vicomte, the Tuileries and especially Chantilly,’ he wrote in 1698.

There is even a fun game that was added to the 18th Century parkland. The Game of the Goose is a bit like snakes and ladders, where participants roll die and progress along a spiral path with numbers, trying to avoid pitfalls along the way. After beating my son at it, we explore the English garden, with its very own love island and Temple of Venus. It feels as if we’re walking through a picture I’ve seen recently; it turns out this is the view from our balcony at the Auberge du Jeu de Paume, an elegant Relais & Château hotel next door to the castle. 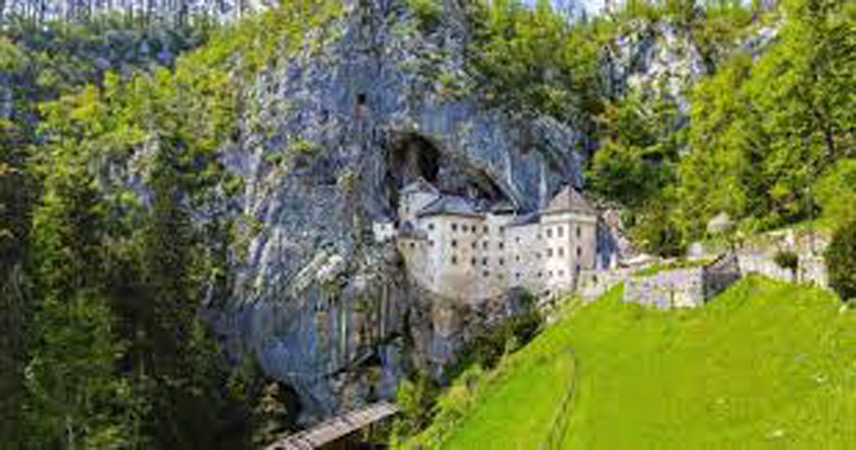 Stop for lunch at the castle’s pretty half-timbered hamlet, which possibly inspired Marie Antoinette’s farm at Versailles and there’s one obvious pick on the pudding list: a plate of deliciously fresh strawberries topped with lashings of Chantilly cream.

Legend has it that the cream was invented in the chateau kitchens when the chef Francois Vatel whipped up – literally – an emergency pudding for king Louis XIV. ‘That’s a nice story but it’s not true,’ says Betrand Alaime, who owns the cake shop L’Atelier de la Chantilly just along the street from the chateau.

He believes instead that the fluffy dollops of cream with at least 30 per cent fat whisked together with icing sugar and vanilla can be attributed to the Italian ice cream maker Francesco Procopio. The owner of Paris’s Café Procope apparently visited Chantilly after Louis XV’s coronation in 1722; one of the first published mentions of the cream is in the 1750 edition of the Science of the Butler Confectioner, adds Alaime. Whoever invented it, we have fun whisking and whipping up our own Chantilly cream – Alaime runs courses and creates salty versions to go with meats and cheese as well as the sweet variety in his cakes. There’s a tempting array on offer, including the massive St Honoré cake, one of his best sellers.

Don’t tuck into too many, though, as everywhere you go in this little town of 11,000 inhabitants there is the chance to gorge on the fluffiest of creams. We sample it at le Vertugadin restaurant, two minutes from our hotel, where dinner ends with a delicious chocolatey pud and several dollops of Chantilly. Unsurprisingly, cream also features on the sweet crepes at the excellent creperie, La Cour Pavée, along with some tasty savoury galettes.

A two-minute walk away is the town’s bijou lace museum, which traces the origins of lacemaking here to 1693. It was all thanks to the Grand Condé’s daughter in law, Anne of Bavaria, who created a lacemaking school for 20 poor country girls.

Although the fine black lace is no longer made in Chantilly, its name lives on under the Calais-Caudry label for luxury fashion houses such as Dior and Saint-Laurent. Remember the mask worn by Audrey Hepburn in How to Steal a Million? That was classic Chantilly, created by Hubert de Givenchy, who donated a replica to the museum. Also on show are intricate shawls and adornments, some worn by Eugénie de Montijo, Napolean III’s wife. So there you have it, the final frills and flourishes for a fantastic car-free mini break. Lace, cream, castle – Chantilly has it all.