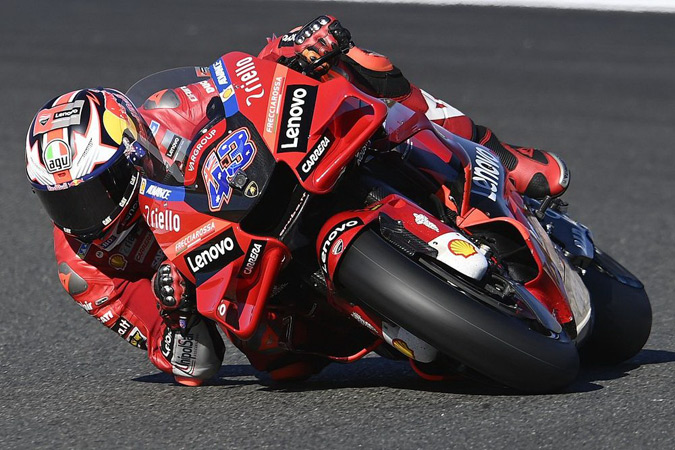 VALENCIA: Jorge Martin took pole for this weekend’s season-closing Valencia MotoGP after qualifying on Saturday with title favourite Francesco Bagnaia on the third row. Ducati rider Bagnaia has one hand on his maiden world championship with a 23-point lead going into the decider from champion Fabio Quartararo. Bagnaia said Saturday’s session had not gone according to plan. “We are struggling a bit,” he said. “Me and two or three others with Ducati bikes are having the same issues.” The Italian needs finish only 14th, which brings two points, to become the first Italian to win the title since the legendary Valentino Rossi 13 years ago. “My goal is not to win,” he said. “Tomorrow I have to stay calm and understand what’s going on.” “I will take risks at the beginning,” he said. “But then I will have to be intelligent.” “I will just try not to be outside the top 14.” Quartararo, who at one stage held a 91-point advantage over his Italian rival, posted the fourth fastest qualifying time to set off from the second row. But he has a Herculean task if he is to retain his crown, not only needing to win but also requiring Bagnaia to struggle.