Thank you for all the blood, sweat and tears, team Maula Jatt, this was epic: Adnan Malik 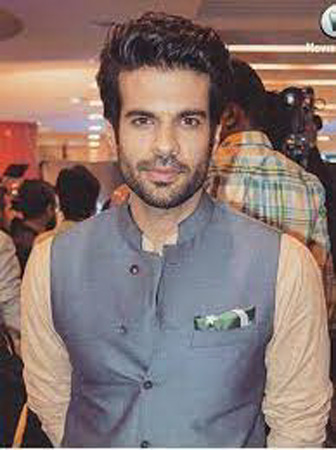 If you haven’t watched The Legend of Maula Jatt yet, you’re one of the few Pakistanis who hasn’t. It seems like everyone and their mother have travelled to the cinema to watch Pakistan’s most expensive and likely most successful film ever. And that includes a number of fellow actors, like Adnan Malik who just posted a glowing review for the film on Instagram.

“Dair aye, durust aye! What an intense, fantastical and well integrated cultural event Maula Jatt is. Our first truly international, mainstream Pakistani film! A film that doesn’t pander to an audience or dumb itself down, and stays true to the vision of the director,” he said.

He waxed poetic about the relationship between Daaro and Noori Natt, played by Humaima Malick and Hamza Ali Abbasi respectively and “the strong feminist theme running through that arc.”

“And the philosophical warrior of Noori and the broody, wounded masculine of Maula were well-fleshed out characters! Incredible casting and playful cameos with many nods to the original film. (As well as Westerns, Gladiator and fantasy films),” he wrote.

“Bravo to everyone involved and for the auteur vision that tied this all together to create an incredible spectacle!”

But what is a review without some constructive criticism? “Not a critique, but my personal desire would have been to see displays of a more healthy, resolved masculinity. To change the ending of the original story. I wish the two worthy adversaries could have risen above the generational violence and transcended the needless killing. To show a way forward. A healthy truce between warrior men. A brotherhood of respect, if not alignment. The world needs more role modelling of healthy masculinity,” he wrote.

“And there would have been something deeply satisfying and oddly titillating to have Maula and Noori to ‘live to fight another day.’ But maybe that’s not this film. The ending is the only thing that left something to be desired for me in this almost faultless film!” Malik said.

“Thank you for all the blood, sweat and tears team Maula Jatt! This was epic!”

For all its faults, The Legend of Maula Jatt has proven to be a game changer for Pakistani cinema. The film has a star-studded cast and features Fawad Khan as the titular Maula Jatt, Mahira Khan as his love interest, Abbasi as Noori Natt, Malick as Daaro Natt, Gohar Rasheed as Makkha Natt, Faris Shafi as Maula’s friend Mooda and appearances by Shafqat Cheema as the Natt patriarch, Ali Azmat as Gogi, Nayyar Ejaz as Jaggoo and Resham and Babar Ali as Maula’s parents. It has set records for Pakistani films, beat Indian films at the UK and North American box offices and earned millions of dollars in ticket sales around the world.