‘Jawan’ faces a complaint by Tamil Film Producers Council for being copied from a 2006 Tamil film? 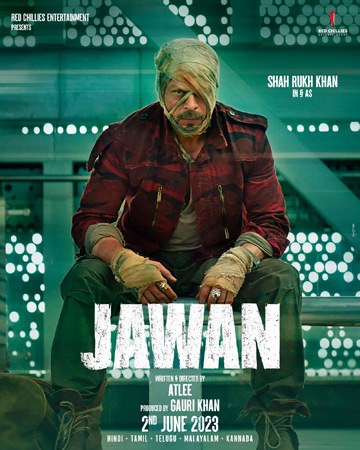 Atlee after 3 blockbuster hits has become quite famous in the showbiz industry. He is now gearing up for his pan-Indian approach with the film Jawan featuring none other than Bollywood’s King Khan, Shah Rukh Khan.

However, the film is now facing alleged plagiarism issues after a Tamil Producers Council filed a complaint against the film. Scroll below to find what has actually happened and to get the scoop.

Atlee achieved success very quickly, and his association with Thalapathy Vijay has been quite lucky. His back-to-back 3 blockbusters have been with Vijay. Jawan was also going to feature Vijay in a pivotal role. Now, he was going to step into the Bollywood industry with his pan-Indian film Jawan but before it could begin, the movie faced a hiccup.

As per a report mentioned in ETimes, Atlee’s Jawan faced a plagiarism issue after a producer, Manikam Narayanan filed a complaint against the movie’s director for copying another 2006 Tamil movie, Vijayakanth’s Perarasu at the Tamil Film Producers Council (TFPC). The producer claimed that the two stories are the same, and even though the reason for the complaint is unclear, this is not the first time that Atlee has faced plagiarism problems with his films.

While Jawan’s shooting has already started, Shah Rukh Khan will be seen in dual roles, and as per the producer, Perarasu also had Vijayakanth’s double roles. However, in Jawan, one of SRK’s characters will be seen playing an army person, which differs the idea of the two stories. But well, what will happen to the movie only time can tell.

The Tamil Producers Council will investigate the alleged complaint that has been filed by the producer after November 7. Well, let’s hope Atlee gets a green signal and the director can finish his storytelling, and we get to watch SRK in a different avatar!