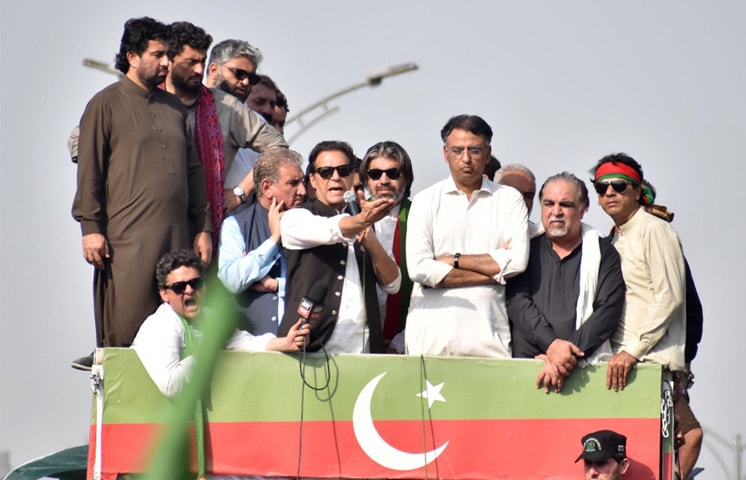 The capital police’s Crime Intelligence Agency (CIA) facility has been declared a sub-jail or judicial lock-up to house miscreants who may be apprehended during the PTI long march.

Despite the fact that the jail is in Islamabad, the capital government would seek an assistant/deputy superintendent of jail from the Punjab Prison, according to sources.

The decision was issued in response to a plea made to Chief Commissioner Islamabad on November 3 by Islamabad Deputy Commissioner Irfan Nawaz Memon and Assistant Inspector General of Police Operations Zahida Bukhari.

The capital police shall be responsible for the security of the sub/jail as well as the convicts, according to a notification issued by the office of the Chief Commissioner under Section 541 of the CrPC 1860, read with Section 3 of the Prison Act 1894.

Similarly, till the arrival of the Assistant and Deputy Superintendent of Jail as asked by the Inspector General of Prison Punjab, the record shall be kept by a selected police officer of the capital police who shall not be less than a Grade-17 officer.

According to the officers, the chief commissioner of Islamabad, retired Capt Usman Younis, will request an Assistant/Deputy Superintendent Jail for the sub-jail from the government of Punjab.

The CIA Centre was constructed in a factory in Sector I-9 Markaz and has been functioning from there for the past two decades, they stated.

The CIA Centre includes 13 rooms, including one for the SP office, two for the DSP’s office, and ten for investigative officers and senior employees. It also has a lockup with a maximum capacity of 30 people.